An analyst at the Nairobi Securities Exchange (NSE). Merican Limited has been admitted to the Ibuka Program.

Kenya Airways (KQ) rose its share price to Ksh3.73 on the day that saw the Nairobi Securities Exchange (NSE) listed firm announce another tenure for board chair Michael Joseph.

The bump was enough to see the the national carrier record the highest jump in stocks at the NSE on June 10.

Bourse trading however resulted in dips all round, as only 15 companies at the NSE managed to scale upwards.

Of these, KQ, Flame Tree Group, Mumias Sugar and Sasini Tea registered gains of more than 2%.

A further 19 remained unchanged, with the other 27 companies blinking red.

Jubilee Holdings was the day’s biggest loser, shedding 7.34% to close at Ksh366.

Bamburi Cement, who announced a change in board of directors, also slipped by 3.67% to end the day at Ksh118.

This was a decline from the previous session’s 8.9 million shares that were valued at Ksh153 million.

Investor wealth was also on the receiving end, as it fell from Ksh2.276 trillion to Ksh2.270 trillion by closing bell.

The Bond Market also receded with bonds worth Ksh2.6 billion transacted in 89 deals.

All the market indices at the NSE registered downward trends as follows.

The Banking Sector had shares worth Ksh62 million transacted which accounted for 51.3% of the
day’s traded value.

Barclays Bank was down 10cents to Ksh10.30 and moved 1.8 million shares worth Ksh19 million.

The Insurance Sector had shares worth Ksh1.7 million traded and accounted for 1.47% of the day’s turnover.

The Manufacturing & Allied Sector had shares worth Ksh17 million transacted which represented 14.24% of the day’s traded value. 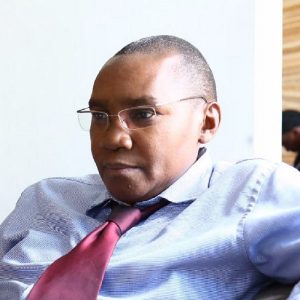