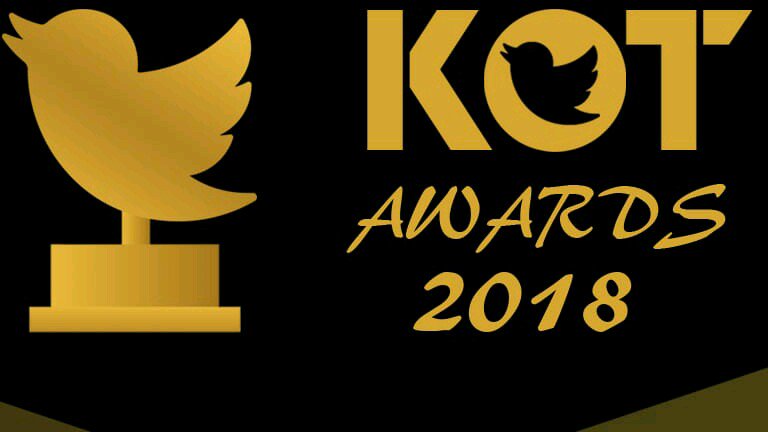 It is not the Oscars, the Grammys or the Pulitzer, but during the first week of January, the Kenyans On Twittter — KOT Awards 2018 saw influential tweeps, impactful hashtags and creativity honoured on the social media platform, Twitter.

The man behind the online accolades, Jamnic Madunda (@jamnic_) told Business Today the immense admiration and praise for KOT influencers and brands across the continent necessitated having the awards.

“The talented and diverse bunch of social media enthusiast are yet to be delivered their dues and awarded for their commitment online,” he said.

Whereas a quick search online reveals that in 2015, a similar #KOTEndofYearAwards were held, the KOT Awards 2018 were unique in the categories it covered.

Jamnic said that since he joined the Twittersphere in 2013, he has rarely seen influential KOT awarded for their part on the internet space.

Under the theme “Impacting the Kenyan Youth”, the #KOTAwards2018 were based on talent, content creativity and consistency, the awards organiser said.

It showed when the results trickled in on January 4.

Rose Kamau’s #IkoKaziKE won the Hashtag of the Year category, lauded for connecting youth to potential employers and providing a platform for job advertisements.

James Muhuthu(@B3laze) won the tweet of the year with his tweet on crowdsourcing stuff about interviews and helping the youths create Worldclass CVs.

The KOT Awards 2018 began with nominations in 20 categories which opened in early December. 2018. The nominations lasted till December 22, when nominees were shortlisted and the voting process began.

“It was a good initiative, recognizing people who are making moves. There hasnt been an awarding body made by tweeps for tweeps. Hoping it grows bigger and better this coming year” said @B3laze, the Tweet of The Year Winner.

Jamnic says some of the challenges he faced while setting up the awards included finding the resources to execute the plan in terms of funding and the lack of sponsorship.

Many KOT also felt they had been left out, with the awards organiser attributing this to lack of enough marketing.

There were also complaints about the nomination process.

One tweep whose name Jamnic did not reveal apparently told him, “The nomination process should be well outlined. KOT Awards should have guidelines for every category… Who’s an upcoming influencer? What should be achieved for one to be nominated in any category?”

However, Abigael Diana, a JKUAT student who was also a nominee in the in the Upcoming Influencer of the year category said the awards were “splendid”.

“It seemed fair since results were openly displayed,” she said.

It is feedback such as this that the KOT Awards 2018 organiser says he will look into while planning the 2019 “bigger and better” edition.

“The KOT 2019 awards will be built on a transparency reward system. No KOT user will feel left out and we will try our best to avoid post event debates,” he says.

He also confirms that he is looking to introduce more categories and possibly have a gala dinner. “The vision is for KOT Awards to become the most prestigious and reputable award ceremony on social media in Kenya and across the continent.”

Betty Kyalo took the 001 spot in the KOT Journalist of the Year category, while Digital humanitarian Philip Ogola won the KOT Humanitarian award.

Kevin Monari,popularly known as OsamaOtero won the KOT Influential Tweep of the Year.

Billy Simani known to many as the @crazyNairobian took home the Funniest Tweep and the Most Creative KOT Tweep awards.

In the Upcoming KOT Influencer Award, @iamlegitdaily beat out Abigael Diana with a thin margin.The KOT Photographer of the Year Award went to 99th sense

Zoo Kericho’s parody account emerged triumphant in the KOT Sports account. The KOT Event of the Year went to the KOT 5-a-side tournament.

Predictably, @HandasFC who were winners of the KOT 5-a-side tournament that was organized by Alex Kyalo(@SirAlexas), also clinched the Team of the Year accolade. clinch the

Safaricom PLC was crowned the 2018 KOT Brand of the Year seeing off stiff competition from Jumia and Safe Boda.

MC Tear drop bagged the KOT Poet of the Year while Kuria Mapesa was named KOT’s most controversial tweep.

Arguably Kenyan University’s biggest online brand Discover JKUAT bagged the KOT Influential Campus of the Year with its student Brian Mwachala of Mwacheezy Collections winning the Entrepreneur of the Year.

In wordplay, Theophilus Mwangi known as Theo shed off competition from JKUAT alumni Charles Mirigu(@CharlieFlani),@Njiiru and @QlintDwayne to win the KOT Punstar of the year.

Father Sues Son To Take 20% Of His Salary For Upkeep