Immediate former Agriculture Cabinet Secretary Mwangi Kiunjuri. He was sacked on Tuesday in a Cabinet reshuffle.

Before the August 8 general elections in 2017, axed Agriculture Cabinet Secretary unsure of his future as a Cabinet Secretary offered to relinquish his Devolution cabinet position in order to avail his candidature for the Laikipia County gubernatorial election.

Of concern to Kiunjuri was whether President Uhuru Kenyatta would have any use for him once he got re-elected.

Once President Kenyatta’s second term was confirmed, Kiunjuri seemed to desire a different political path than the President was charting.

He gravitated away from his boss and seemed more keen to team up with Deputy President William Ruto who has been on campaign mode ever since the president’s re-election.

President Kenyatta, on the other hand, has explicitly directed public officials to keep off politics and concentrate on delivering on pre-election pledges. Kiunjuri had other ideas.

Before the cracks, Kiunjuri was seen as the de-facto Mt Kenya kingpin and wanted to climb up the ladder as soon as President Kenyatta exited the scene, his elevation to the Agriculture docket from Devolution in 2017 served as proof that the head of state had faith in Kiunjuri.

However, the rain started beating when Uhuru lambasted Kiunjuri during the Agricultural Society of Kenya (ASK) show at Jamhuri Grounds, Nairobi in October 2019.

President Kenyatta had taken issue with Kiunjuri over his decision to pay well-connected individuals millions of shillings instead of genuine farmers who had delivered their maize to National Cereals and Produce Board (NCPB) silos.

“We know what you have been doing. You try that again and you will see what will happen to you,” said an angry President Kenyatta before turning to Kiunjuri and warning him again in his Kikuyu dialect “Mungiriha Nimukwona” which loosely translates to “If you pay the well-connected guys ahead of the genuine farmer you shall face the music.”

Kiunjuri retreated to his seat and adopted a face that seemed to suggest he had gotten the memo.

During a State Visit to Namibia in March 2019, Uhuru once again lampooned Kiunjuri for failing to take notes during a meeting with Kenyans residing in the country. Uhuru was annoyed that Kiunjuri was not jotting down important points when Kenyans were tabling their views but opened his notebook as soon as he (Uhuru) started making his address.

“I see my brother Kiunjuri has just opened his notepad to write what I’m saying. He was not interested in writing what these Kenyans were saying,” the president said.

“Maybe it’s because it had nothing to do with Agriculture. He forgets he is a Minister of the Republic of Kenya, posed Uhuru.

But Kiunjuri’s fate was sealed in October 2019 when he led a group of 42 MPs from the Mt Kenya Region known to be ardent supporters of DP Ruto to a press conference where they outlined conditions under which they would accept the Building Bridges Initiative (BBI) report in blatant disregard for the president’s political stand on the matter.

In November, he led another group of MPs from Embu who vowed to skip presidential functions protesting alleged humiliation by the State.

While all this was happening, the agricultural sector was and is still is in shambles. NCPB is captive to cartels, farmers are grappling with plummeting milk, tea, and coffee prices while the local market is flooded with cheap imports that have run local farmers out of business.

But all this time, Kiunjuri was aware that he was no longer in the president’s good books and was lethargic in his running of the ministry.

At the height of fierce online criticism over the NCPB scandal, Kiunjuri dismissed the “haters” on social media who accused of maligning his name

“To my haters, I assure you that when the right time comes, I will deal with you. I rest my case,” he said during a press conference in October 2018.

On Friday, he was subjected to ridicule for telling Kenyans to take pictures of locusts that have invaded different parts of the country and post them on social media and the government would confirm to them if they are locusts or not.

Many Kenyans questioned why he was still in office despite a litany of scandals and zero solutions to agricultural problems facing the country.

He has now been sacked. 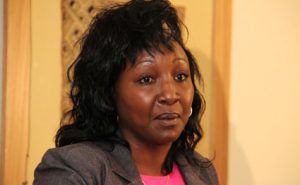