Eliud Kipchoge modeled for various international labels but the price tags on the outfits have left jaws dropping. Photo/GQ

In the pictures, the marathoner donned what appeared to be Kenya’s vintage fashion and making it look like the latest fashion in the globe. In fact, in one of the pictures, Kipchoge has own a suit that is similar to what rapper Stivo Simple Boy had on in his latest song ‘Tuheshimu Ndoa’.

Just the fact that Kipchoge had on these clothes could bring back the fashion that could now be expensive. The prices captioned along with Kipchoge’s modelling pieces leaves many Kenyans locked out from ever owning that kind of fashion.

Khaki Short Suit Going for the Price of a Toyota Vitz

In one of the photos, Kipchoge dons a khaki short suit that is similar to what then chiefs used to have on during the pre-colonial times. Just about the same attire Stivo Simple Boy had on in his music video. However, the difference is the pricing.

Excluding the price of the coat, Kipchoge has own clothes worth almost Ksh 300, 000. The shirt and the short , both from Fendi Men’s label, cost Ksh 66, 143 and Ksh 93, 414 respectively. The most expensive item are the shoes which go for Ksh 83, 443 and was manufactured by Manolo Blahnik.

The cheapest item on the cart is the Nike socks which are sold at Ksh 2, 309 for six pairs. The cicng on the cake, the sunglasses from Barton Perreira cost a whopping Ksh 43,558. Without including the coat, Kipchoge had on a total of Ksh 288,867.

In another outfit, the marathoner is dressed like the old days rich village man. An attire that definitely defines Kenya’s old days fashion. The kind of clothes we see our grandfathers with in the old photos.

The vest, known to many as the halfcoat, does not even have a price tag. The price will be availed on request. Just like in the previous outfit, Kipchoge’s shirt goes for Ksh 66,143 but are manufactured by Etro label. The same label sells the pants at Ksh 71, 393.

His shoes, by Manolo Blahnik, go for Ksh 72, 968. The same shoes that many can argue will be found at Muthurwa or Gikomba for a meagre Ksh 100.

In yet another outfit, Kipchoge is dressed like an old day Kenyan middle aged man with a few coins in his pocket. It is the outfit that made our grandmothers melt during those days. It was, and arguably still is, a lady catcher.

However, if you have the money to buy this outfit you might find yourself in a dilemma of whether to buy the outfit or purchase a brand new Toyota Corolla or maybe bargain for a third-hand Range Rover.

In the GQ article, Kipchoge has on different set of clothing but the prices lock out a lot of Kenyans from ever owning one. A normal Kenyan would not buy a pair of sunglasses for Ksh 90,000 but instead start a small business. 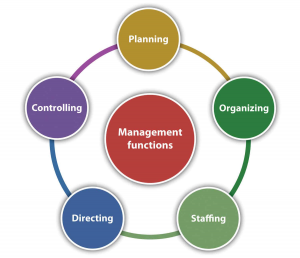