An image of synthetic foods

Kenya will press for a moratorium on introduction of laboratory generated foodstuffs produced through synthetic biology when the Conference of Parties to the Convention on Biological Diversity kicks-off this week in Egypt.

Production of foodstuffs through chemical combination in laboratories is vastly gaining ground in the developed world threatening to disrupt the traditional agriculture production systems.

This is among the issues that the country will be taking to the conference that brings 190 countries together, others being enhancing the meeting of Aichi targets, which most countries have not achieved. The targets include addressing underlying causes of biodiversity loss, reducing pressure and promoting sustainable use of biodiversity.

Others are safeguarding ecosystem species and genetic diversity, enhancing benefit and participatory planning and knowledge management, among others. Kenya wants any other issues to be discussed to build on the gains made in Aichi targets and new commitments matched with funding.

Speaking at the Kenya School of Government (KSG), Kikuyu during a forum organized by Ambero Consulting, Deputy Director Multilateral Environment Agreements Mr Parkinson Ndonye said the issue of synthetic biology is now a great concern for developing countries like Kenya that are dependent on agriculture as it has great implications on the farmers’ income and the country’s economy.

According to Mr. Ndonye, Kenya will hence be seeking to lobby African countries during the African Ministerial conference to be held before the Conference to take a common stand when the matter comes up during the deliberations.

READ: NATION MEDIA BOARD PUSHES OUT ITS CHIEF EDITOR

“There will be debates around synthetic biology because it has great implications on agriculture, and many are worried about benefit-sharing. We cannot fight technology but what we want is a reasonable period to prepare and discuss on issues of benefit sharing. Crops like maize will be produced through laboratories by use of chemical composition. Who will own the rights? When this happens it will have implications (price) as this maize will be cheaper,” said Mr Ndonye.

He did not say the moratorium period needed, but other sources said a period of ten to fifteen years would suffice.

Ambero Consulting that is contracted by GIZ Kenya to carry out a study on best biodiversity and ecosystem practices with the objective of having them mainstreamed in agriculture production in the country. The identified best practices will be showcased during the COP meeting that runs between 13 to 29 November.

Products like fish, eggs, milk, vanilla and vegetables are already being produced through the process of synthetic biology and are increasingly finding their way to the international market.

“With synthetic biology we can rethink everything we know about how food is produced. For example, we can produce cow’s milk without needing the actual cow, or eggs that haven’t been laid by chicken” said Christine Gould, the founder of Thought for Food.

Unlike previous years, technology has made matters easier and laboratory is not mandatory, all that is required is software and genome editing technologies to produce such foods.

Mr Ndonye further said this potentially opens another point of contention between developing countries and developed countries, whose priorities are often at cross purpose in global conferences.

“There is an urgent need for Kenya to discuss on the issue of synthetic biology. There are many foodstuffs that are being produced through synthetic biology. We need to discuss how we should control what we eat,” said Chief Executive Committee Member (CEC) for Agriculture and Animal Resources in Busia County, Dr Moses Mwanje.

The proponents of synthetic biology say that it is one way of enhancing food security in a world that is increasingly finding itself unable to feed the expanding population due to pressure on land and climate change that had destabilised production in many parts.

They say that it is possible to ensure food has the required nutrients and is palatable for consumption.

Mwaniki Wahome is a freelance journalist based in Nairobi. He can be reached on email at: [email protected]

Mwaniki Wahome is a freelance journalist based in Nairobi. He can be reached on email at: [email protected] 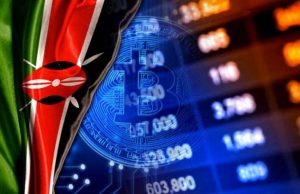