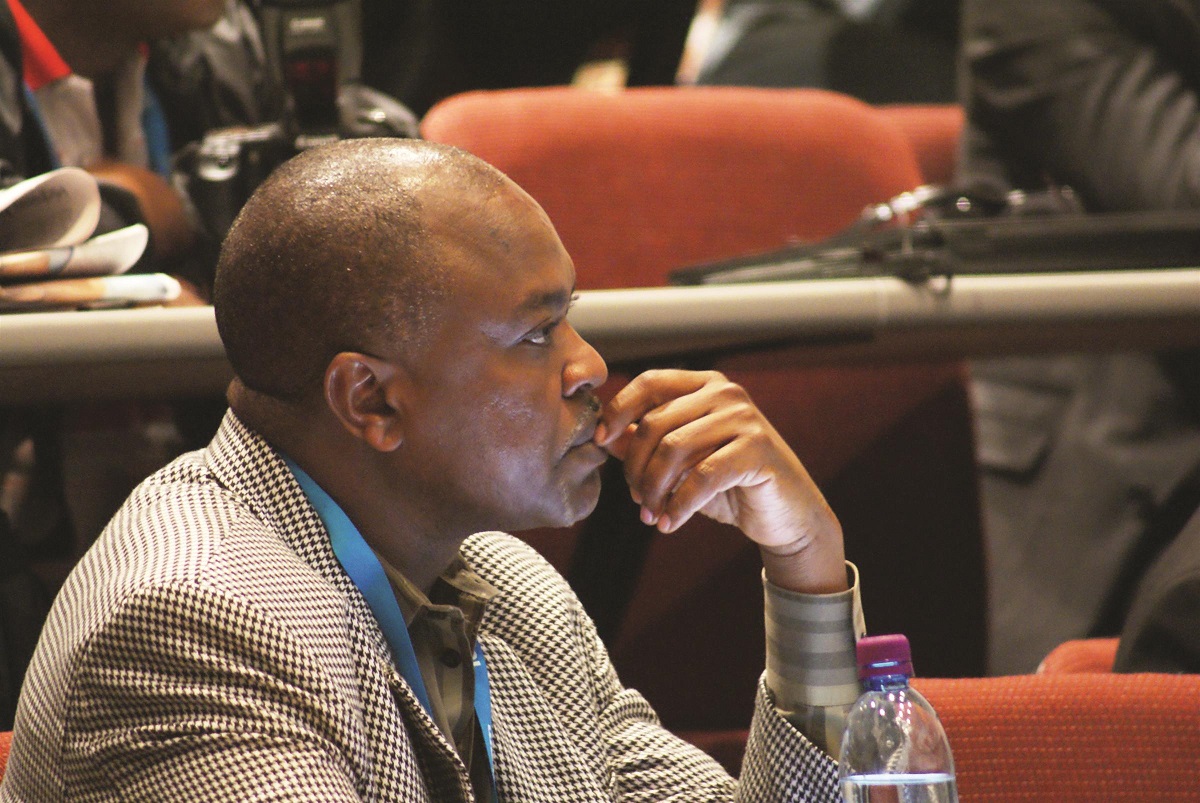 The Nation Media Group (NMG) board has pushed out its chief editor as the ongoing restructuring claimed its biggest head yet. Mr Tom Mshindi, who has been serving as editor-in-chief since June 2015, will be leaving Kenya’s biggest media house at the end of the year.

Board chairman Wilfred Kiboro said Mr Mshindi, 57, is retiring but his age betrays that explanation. Insiders say the board decided not to renew his contract due to his decisions in the management of Nation Media’s editorial department, which has been facing upheavals during the better part of his stint as editor-in-chief.

“The Board of Nation Media Group wishes to announce the retirement of its Group Editor-in-Chief and Executive Director, Mr Tom Mshindi, with effect from December 31, 2018,” Mr Kiboro said in a staff memo.

Nation Centre editorial department heaved a heavy sigh of relief after the announcement this evening as Mshindi has variously been  accused of frustrating independent journalism at the whims of commercial and personal interests, which have led to the exit of top talent from twin towers.

Those who have left with fingers pointing at Mshindi include Denis Galava, Mugumo Munene, Andrew Teyie, Eric Shimoli, Bernard Namunane and, more recently Eric Obino, who was the weekend editor. Mr Obino was pushed out after publishing a story on sugar importation touching on big players in the industry. A group of six columnists also resigned en mass to protest against lack of independence in NMG journalism.

Dr Kiboro, a former Nation CEO, said Mshindi has been a loyal, dedicated and highly valued member of the executive team and the Board. Mshindi has worked for the Group for a total of 24 years, in two stints, serving in various roles including, journalist and later managing editor of the Daily Nation, Managing Director of Monitor Publications Ltd (Uganda), Managing Director of Nation Newspapers Division and Chief Operating Officer.

He was appointed the Editor-In Chief on 5th June 2015 and appointed an Alternate Director.

It appears the board let him do the dirty work of kicking out journalists through retrenchments and individual appraisals as it fatten him for the ultimate kill. It is now easy to understand why the same board bypassed him in seeking a successor to Joe Muganda as CEO, instead giving the position to Finance Director Stephen Gitagama, who was less experienced in newsroom management.

Mr Tom Mshindi is a graduate of the University of Nairobi School of Journalism and has an AMP certificate from Strathmore Business School and another from IESE, New York. At some point he took a break from the newsroom to work for UNICEF as an editor in New York as well as chief of communications in its Nigeria programme.

When he returned, he took over as CEO of the Standard Media Group before returning to NMG as Managing Director of Monitor Publications Limited, the group’s Ugandan operation, and subsequently at Nation Newspapers division.

SEE ALSO: A RETIRING CEO HAS KEY LESSONS – AND A REGRET

Mshindi, known as TM in Nation circles, has been the chief gate-keeper in the truest sense of the word, according to past and current Nation Media journalists. On many occasions he has ‘killed’ (newsroom lingo for stopping publication or airing of a news item) many stories on NMG’s various platforms including Daily Nation, Sunday Nation, Business Daily and even NTV. Some editors have had to play hide and seek to get some sensitive articles published only to pay dearly for their mischievous actions.

His keen interests in what journalists at NMG do has been more than just a passing journalism concern. It is alleged that Mshindi runs a public relations and communications consultancy company whose clientele includes organisations and personalities who have been subjects of NMG’s coverage.

It’s not yet clear who will take over the mantle from him but if the pecking order is any guide, the position is likely to fall on the shoulder of Mutuma Mathiu, who is currently executive editor.  Yet in the spirit of restructuring and cutting costs, the board could as well scrap the position of Editor-in-Chief, a post that has been dying in many newsroom, and which more often overlaps with the roles of Executive Editor at Nation.

Mr Mshindi joins his former colleague at Nation Centre, Mr Joseph Odindo, who is also exiting Standard Group end of this month after his contract as Editorial Director expired. Standard Group is yet to announcement his successor though it already has shortlisted three candidates.

With the incestuous culture in Kenya’s media industry, it won’t be surprising to see the two switch positions!

The Board of Nation Media Group wishes to announce the retirement of its Group Editor-in-Chief and Executive Director, Mr Tom Mshindi, with effect from December 31, 2018.

Tom has been a loyal, dedicated and highly valued member of the executive team and the Board, and has worked for the Group for a total of 24 years, in two stints. Through his professionalism and focus, he has served in various roles including, as a journalist and later managing editor of the Daily Nation, Managing Director of Monitor Publications Ltd (Uganda), Managing Director of Nation Newspapers Division and Chief Operating Officer.

The Board notes with appreciation that he has been a key player as the company embarked on its transformation journey to transition from a purely legacy platform media house into an on-line first, digital content company of the 21st century.

The Board is grateful for his dedicated service and wishes him all the best in the coming years.

Tom will continue to serve as the Board manages the transition.