In a public notice to shareholders, potential investors and the general public on Thursday, the utility firm, which is listed on the Nairobi Securities Exchange, attributed the expected drop to an increase in non-fuel costs in line with the company’s long-term strategy of generating cheaper and cleaner renewable energy.

He said the KPLC Board said it expects the investments to increase the long-term profitability of the company.

Last year, the company issued a similar warning and ended up posting a 63.7% decline in net profit to Ksh 1.92 billion, which it attributed to increased power purchase and higher finance costs despite an increased customer base that saw its revenue rising by 4.23% to Ksh 125.8 billion.

During the year, power purchase costs, excluding fuel and foreign exchange costs, increased by Ksh 2.59 billion to Ksh 52.79 billion with the company saying there was an increase in units purchased from geothermal sources in the year by 602 GWh or 13.5 per cent from 4,451 GWh the previous year to 5,053 GWh.

“Finance costs increased by 29.3 per cent from Sh6 billion to Sh7.8 billion. This was caused by use of short term borrowings to bridge cash flow shortfalls,” said the firm.

In its last warning, the company also cited a depressed economic environment, poor hydrological conditions in 2017 and the protracted electioneering period for the significant decline in its financial performance.

However, Kenya Power recorded Ksh 2.5 billion in net profit for the half year period to 31 December 2018.

The company’s current precarious financial position gives doubt to its ability to meet its obligations. In the last financial year, the Kenya Electricity Generating Company (KenGen) was demanding Ksh 1 billion in penalties for flouting the 40-day window credit terms. It is not clear whether that bill has been settled.

In addition to the operating challenges it has been citing, Kenya Power has also in recent months been engulfed in corruption scandals.

In July, its directors, workers, brokers and customers were summoned by the Directorate of Criminal Investigations (DCI) over a suspected multimillion power billing fraud that is said to have benefitted over 5,000 people.

Last year, former managing director Ben Chumo and his successor Ken Tarus were among senior managers taken to court over a scandal in which the company lost millions of shillings through procurement of substandard transformers. 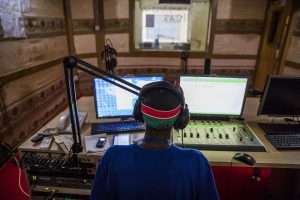