Citizen TV maintains the lead in television viewership ranking, according to the latest top TV stations in Kenya survey by GeoPoll, which also shows the station ceding market share to its rivals across the week.

Geopoll surveyed daily audience share for the 7pm to 8pm time block between 1st July and 31st August. This is when many of the major broadcasters air their primetime news shows.

The survey found that Citizen TV led the pack of top TV stations in Kenya during this time, when it airs the news show ‘Citizen Nipashe,’ and ‘Nipashe Wikendi’ with an average share of 30.6% across all days of the week.”

KTN Home and NTV were the second and third most popular stations in the 7-8pm segment, with average shares of 11.2% and 9.7% respectively. KTN News had a 7.6% share, giving the two KTN channels a combined 18.8% audience during this time. KBC, with a share of 5.27% closes the pack of the five top TV stations in Kenya.

But there were notable differences in Citizen TV viewership based on respective days of the week, with Monday at 7pm having the highest share of 33%, and Saturday having the lowest share of viewership.

“We observe slight differences in viewing patterns on Citizen at this time for male and female viewers, with female share declining consistently over the week, while male viewers tune in higher percentages on Fridays at 7pm, when Citizen has a share of 32% for males and 29% for females,” the GeoPoll Survey released on 18th September 2019 says.

From previous reports, Citizen TV is steadily losing market share from over 50% a few years ago, in what is attributed to the entry of new players even as existing players up their game. The biggest beneficiary in the top ranking is Standard Group, which has KTN Home at the second position and its newer KTN News coming in at number 4.

Unlike Citizen, KTN Home’s audience share stayed relatively consistent throughout the week in July and August 2019, with the highest share on Friday evenings, at 13%, at 7pm. NTV’s peak share during this time block came on Tuesdays.

According to the Survey, females tune into KTN Home in higher numbers than males: For example, on Wednesdays at 7pm KTN Home has a 14.8% female audience share, compared to an 8.8% male share.

In the period under review, July to August 2019, Citizen recorded the highest viewership on Friday when the show Daughters of the Moon airs. Citizen has an average share of 31.2% during this time, although its share with audience aged 15-24 years is slightly lower, at 24.6%.

Citizen TV’s lowest share of viewership from 8pm – 9pm was recorded on Saturday, and viewership went up again to 29% on Sundays when Citizen airs East Africa Got Talent.

KTN Home had the second-largest share of any individual channel during this time block, averaging 12.1% over all days of the week. Its highest share was on Tuesdays when KTN Home airs a number of shows including Moses and the Ten Commandments.

“KTN Home is particularly popular with the 15 to 24-year-old group, and this group tunes in most often on Mondays, when they have a share of 17.9% among those aged 15-24 years,” GeoPoll says.

NTV has the highest audience share on Sundays, at 15.8% from 8p-9pm on Sundays when the popular Churchill show airs, compared to an average share of 9.2% on all the other days. 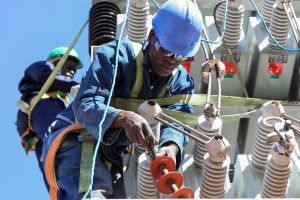