Kenya Plant Health Inspectorate Service says it continues to build capacity of inspectors and quality assurance officers at the growers’ premises since the False Codling Moth pest is not easy to detect on roses. [Photo/Kenya Flower Council]

Over 300 Kenyan horticultural produce growers and exporters to the European Union and Australian markets are set to benefit from an initiative by the Netherlands, which aims at assisting them in formulating strategies towards curbing pests and diseases which have led to the rejection of the country’s products in international markets.

The experts from the Kwaliteits-Controle-Bureau (the Dutch Quality Control Bureau) and the Nederlandse Voedsel en Warenautoriteit (Netherlands Food and Consumer Product Safety Authority) have pitched tent in Nakuru County where they will also participate in the forthcoming 17th edition of The Naivasha Horticulture Fair.

Richard McGonnell, the chairman of the fair, observed that some of the pests and diseases that afflict horticultural produce particularly the False Codling Moth (Thaumatotibia leucotreta) are classified by the EU as ‘quarantine pests or diseases’. This effectively renders agricultural produce from infested farms ineligible for the lucrative market.

“We believe that it is valuable to invest in the early detection of pests, like the False Codling Moth (FCM) at farm level and prevention of spread throughout the value chain. These experts have years of experience handling flowers from Kenya at import at airports,” said Mcgonnell.

“The embassy of the Kingdom of the Netherlands has provided an opportunity for both large scale and small holder horticultural farmers in Kenya to interact with the experts and ask questions on the detection of pests and diseases,” said McGonnell.

Kenya is among the largest exporters of roses in the world accounting for 38% market share of the EU market which includes Netherlands, France, Germany, and Norway. From the total horticultural export in 2018, cut flower earnings grew to 73% from 71% in 2017.

According to Horticultural Crops Development Authority (HCDA), 29 fresh produce (including chilli) suffered export interceptions to the EU market last year due to the False Codling Moth (FCM) while between April 2016 and May 2017, Kenya’s exports suffered a total of 46 such interceptions.

The Naivasha Horticultural Fair is one of the largest events in Africa and is held annually towards the end of September. It also incorporates exhibition of new farming technologies that save on water, energy and chemical use to boost productivity while reducing diseases.

“Kenya and the Netherlands have for the past 55 years had strategic cooperation in agriculture.  We have been partners in the horticulture industry especially for cut flowers and vegetables. It is our desire to share Dutch expertise and technologies throughout entire value chains” noted McGonnell.

The FCM is now considered a major pest in the horticultural sector as its larvae feed on a wide range of crops such as rose flowers, peppers, cotton, capsicum, macadamia nuts and citrus. The brown insect originated from Sub-Saharan Africa, but has also been detected in Europe and the US. It thrives under warm and humid conditions and can produce up to five generations annually.

Different studies and trials conducted in the country by KEPHIS and its research partners have shown that False Codling Moth is widespread across the country with Nakuru, Machakos and Kajiado counties recording high prevalence rates.

Demand for pesticide use reduction leaves farmers in agony

Demand by the EU market to reduce pesticide use on horticultural produce leaves growers with limited options for moth control.

“The pest is the biggest headache for rose flower and capsicum exporters. Though it does not cause any significant effect on quality of crops it attacks, its quarantine status in Europe has affected trade with the European Union of the affected crops,” said Kimani.

The most challenging bit with FCM is that most of the time the farmer does not know whether the pest is present in the greenhouse.

Towards securing EU markets and reducing quarantine diseases and pests, the chief executive stated that KEPHIS has intensified audits at farm level that previously were not necessary and introduced stringent inspection protocols resulting in large volumes of products being rejected at the exit point.

She observed that intensified inspection levels for roses at the European Union had resulted in delays of produce reaching the market while destruction of non-compliant horticultural produce had led to colossal financial losses for exporters.

The European Union carries out a Pest Risk Assessment on products being exported in large quantities to the continent. It reviewed its regulations to include FCM as a quarantine pest in 2017 and therefore any plant products found with the pest are intercepted. The new guidelines that included regulations for capsicums and roses came into effect in January 2018.

“Quarantine pests and diseases have affected the market by increasing cost of production. Businesses have had to invest more in pest management measures to ensure compliance. On the other hand, KEPHIS cost of operations has also increased as more official controls have been put in place to assure the quality of produce and compliance to the new requirement,” observed the MD.

Dr Kimani affirmed that KEPHIS has continuously carried out trainings and created awareness on the identification of the quarantine diseases and pests with special emphasis on scouts and quality control officers.

“Growers are encouraged to monitor and manage diseases and pests through use of appropriate farming practices and agrochemicals, scouting and grading. We will ensure that we continue to train growers on market requirements for compliance and development of skill in identification of quarantine pests,” she said.

KEPHIS continues to build capacity of inspectors and quality assurance officers at the growers’ premises since the FCM pest is not easy to detect on roses,” she asserted.

She explained that the inspectorate has formulated action points for the Australian market and these include registration of farms accredited to Australia, consolidators to provide a list of the farms they source from and provide a detailed report for each farm.

“We have come up with a compliance datasheet to be filled and signed by exporters committing themselves that cut flowers delivered at JKIA for exit inspection meet the threshold of the Standards and Market Access Programme, which is implemented jointly by United Nations Industrial Development Organisation, KEPHIS, and Kenya Bureau of Standards, among other stakeholders,” stated the KEPHIS head.

She said data will be developed to capture the number of consignments inspected and pests detected as a way of preserving Kenya’s international markets quota.

Crop protection experts say that over the last two years, the pest incidence has increased due to the changing weather patterns. It is now infesting feeds more than 100 host plants, flowers, vegetables, fruit trees, field crops and other plants.

Growing international  trade  and  tourism  has  increased  the  risk  of  introduction of  this  pest. According to the International Centre for Insect Physiology and Ecology (ICIPE), FCM can survive in climates described as tropical, dry or temperate. It is estimated that approximately 50 percent of the global environment may be suitable habitat for FCM.

“Do not export fresh produce unless KEPHIS or other government inspectors have cleared them first if you have any doubts. Never remove fresh produce from your farm if your area is under FCM quarantine,” warns Dr. Kimani.

To  maintain Kenya’s International horticultural produce markets the KEPHIS MD urges all farmers to cooperate with all quarantine restrictions or rules that might be imposed and allow authorized KEPHIS or other government inspectors access to their farms to install and inspect insect-monitoring traps. 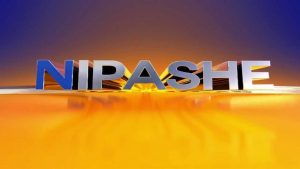