The Directorate of Criminal Investigations has summoned directors of companies, as well as individuals alleged to have benefited from a Kenya Power billing system fraud.

A list of 204 was released by DCI on June 27, with the company directors and individuals ordered to appear “without fail” on specified dates before detectives conducting the investigations.

“The DCI is currently investigating allegations of fraud involving millions of shillings in Kenya Power in regards to billing system (PostPaid),” DCI said.

Universities, hospitals, entertainment spots, supermarkets and other companies are among those summoned to appear at the DCI headquarters throughout the month of July.

The following Company Directors and individuals to report without fail to @DCI_Kenya Headquarters~Investigations Bureau(Block B) as per the dates indicated. pic.twitter.com/VCofgqg4wV

The questioning by detectives will focus on what the DCI terms as collusion between Kenya Power staff, brokers and some customers through illicit billing systems.

In earlier reports, the Kenya Power billing fraud involving the pre-paid token and post paid system was estimated to have led to a Ksh1 billion underpayment to the power firm. 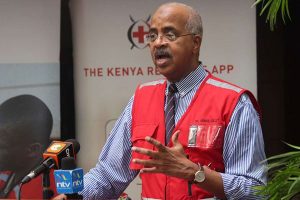