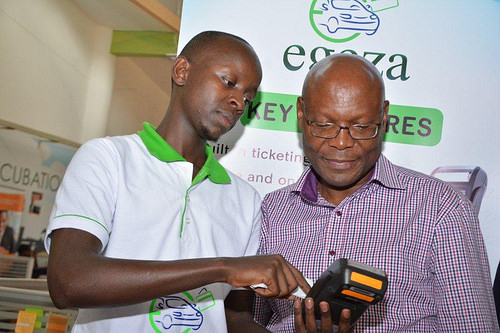 For the first time ever, Kenya in November 2017 achieved the milestone of one million active 4G customers. Safaricom said the milestone was achieved on the back of an expanding 4G network, increased affordability of 4G smartphones and more affordable data bundles.

“The country has consistently stood out as a global innovation powerhouse and a leader in global mobile technology adoption. This milestone cements Kenya’s position and establishes a strong foundation for future innovation,” says Mr Joseph Ogutu, Director of Strategy at Safaricom, Kenya’s leading mobile operator.

The company says the milestone has been achieved with its 4G network now available across all 47 counties in the country. Safaricom became the first network to rollout a 4G network in the country in December 2014. Last year, the firm started an accelerated 4G network expansion across key towns in the country, coupled with the rollout of enhanced 4G+ technology. 4G+ sites allow customers to experience speeds in excess of 150 Megabits per second (Mbps).

As a result of this accelerated expansion, Safaricom now has more than 1,400 4G sites reaching more than 33 percent of the country’s population. The company also says more than 16 percent of its 4G sites are on 4G+ or LTE Carrier Aggregation Technology.

More Kenyans can now afford 4G devices with the price having dropped to as low as Ksh6,000. Data prices on Safaricom have also reduced by an average of 29 percent, leading to increasing usage.

In December 2017, the company will be rewarding its 4G customers by offering a free data bundle equivalent to every monthly bundle purchased.

In May 2017, Akamai in its “State of The Internet” report ranked Kenya as having the 43rd fastest internet speeds in the world, and the third fastest average speeds in Africa. This placed the country ahead of Australia, Egypt and South Africa.

Safaricom was also named as the Ookla SpeedTest Award winner in October 2017 for having the fastest internet speeds in the country, with average download speeds of 21.25 Mbps and uploads of 9.67 Mbps. Safaricom customers in Mombasa experienced the fastest average download speeds at 21.22 Mbps, followed by Nairobi at 22.18 Mbps and Nakuru at 21.07 Mbps.