A Kenya Airways plane. The company is targeting September resumption of passenger flights.

Fresh from appointing a substantive chief executive, Kenya Airways has suspended Ali Gire, the employee who recorded and shared a video of 239 China nationals aboard a China Southern Airline being allowed into the country and being asked to ‘self-quarantine’ at a time other countries are blocking flights from China as the safest measure to stop the importation of the deadly Covid-19 virus.

In a letter signed by the company’s Human Resource Manager Everlyne Munyoki, Gire has been asked to keep off work as the airline investigates the matter.

“During the period of suspension you will be required to avail yourself to the investigating team, your manager or any other person in the authority as and when required. You are therefore asked to remain contactable and within easy reach within this period. Also note that the suspension period will be on full salary,” reads the suspension letter.

On Thursday through to Friday, the government faced serious criticism from Kenyans on social media for risking the lives of 48 million Kenyans by allowing the Chinese nationals into Kenya.

The China Southern Airlines Flight arrived at JKIA on Wednesday with 239 passengers on board. The Chinese Embassy in Kenya and the Kenyan government issued statements telling Kenyans to expect more flights from the Asian country saying that the Chinese nationals had been asked to ‘self-quarantine’

In countries that are taking the spread of the virus with the seriousness it deserves, governments have shut the door on Chines flights or countries that have reported cases of the Covid-19 Virus.

For instance, India has issued an order barring all Chinese nationals from entering the country as well as foreigners who have been to the Asian country on or after January 15.

The United States was among the first countries to block flights from China in a fast move aimed at protecting its citizens.

Meanwhile, back in Kenya, 17 suspect cases have been recorded in the country and all have tested negative. 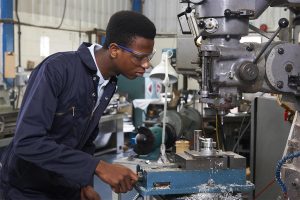