Harambee Stars and Gor Mahia defender Joash Onyango was named the most valuable player in the Kenyan Premier League as per the previous season.

The Gor Mahia block was also named the defender of the year at the Sports Journalist Association of Kenya (SJAK) making him the biggest winner of the evening. For the two awards, the 26-year-old defender went home with a cash prize of Sh. 1 million and a 55-inch smart television.

Joash’s journey towards becoming the highest-rated player in the local league has not been a smooth one. He was lucky enough to work under the stewardship of two European coaches who he says were very crucial to his growth as a player.

Working in different environments Sebastien Migne (Harambee Stars) and Hassan Oktay (Gor Mahia) guided Joash to becoming the first defender in the history of the KPL to win the Most Valuable Playe award. The two managers no longer hold the positions but the impact they had on Joash’s career is still visible.

Over the last year, Joash has had a couple of eddies in his footballing career but has managed past them to write history in Kenyan football. He guided Gor Mahia to a third consecutive KPL title earning him a deserved spot in the Harambee Stars African Cup of Nations (AFCON) team.

Making it to the team was already a positive step for Joash as there are many Kenyan defenders who would love that chance to play for the national team. After making the national team call up, Joash was now fighting age critics. Many Kenyan Football fans started questioning his age saying that the defender might have reduced a few years in his birth certificate.

The social media critics came and passed but Joash continuously worked to improve his football and help the teams he plays for win trophies. His hard work paid off a he made it to the final 23 squad that would travel to Egypt for the continental tournament.

Unfortunately, Joash Onyango did not get a chance to feature for Harambee Stars at the AFCON as he was injured prior to the tournament. It was so unfortunate for him as he was really looking forward to the tournament. He had unleashed a vintage hairstyle for the continental tournament even though he shaved it soon after perhaps because of the attention he got.

The record-breaking Joash Onyango was also able to win the defender of the year award ahead of Kelvin Wesonga of Sony Sugar, who was first runner-up while Brian Otieno of Bandari FC was third.
Former Bandari goalkeeper who currently plays for Simba SC won the golden glove award while his Simba teammate and former Gor Mahia player Francis Kahata was the midfielder of the year.

Immediate former Gor Mahia coach Hassan Oktay scooped the Coach of the Year award. Oktay had to leave his job at K’Ogalo because of personal issues but he was still rewarded for his efforts at the SJAK awards. He managed to beat Benard Mwalala of Bandari FC and Sofapaka’s John Baraza.

Sofapaka’s Enosh Ochieng was the top scorer after scoring a hat trick in the last fixture of the league against Mount Kenya United to knock Kakamega Homeboyz’s Allan Wanga off the top. 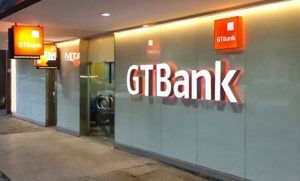