Citizen TV anchor Jacque Maribe has not ruled out venturing into politics but says the time is not yet right.

The Star went to town with a story that Maribe, who has taken a low profile on the orders of the High Court after she was charged with the murder of businesswoman Monica Kimani alongside Joseph Irungu, her boyfriend, was interested in gunning for the Murang’a Women Representative’s seat.

This was after Maribe was hosted to a birthday party at a Nairobi hotel on Tuesday moments after attending court. The party was graced by women from Murang’a county. The seat is currently held by former journalist Sabina Chege.

“It is something I would be interested in when the time is right,” Maribe told the Star.

However, it has since emerged that those in attendance were not from women groups as insinuated but rather it chanced that they had gone to Royal Media Services newsroom to record a TV show.

“These women are not even Jacque’s relatives. They had come to RMS offices to record an Inooro TV to record a medical show called Ndagitari,” a source at Royal Media told Business Today.

Maribe was first treated to a bash in the newsroom before another one took place at a city restaurant where the women joined her in celebrating her birthday, which falls on December 18.

Among the first to wish her a Happy Birthday was State House Digital Communications Director Dennis Itumbi, who slipped a poem under her door early Tuesday.

Later, a photo of Maribe embracing Irungu alias Jowie in court went viral as many people said Itumbi was still being friend-zoned despite being at the forefront in defending and encouraging her as she goes through turbulent times. The two have previously denied there is nothing intimate between them.

READ: FIVE CREATIVE FAMILY ACTIVITIES TO ENGAGE IN THIS CHRISTMAS

Lawyer Wahome Thuku, also a journalist, took to social media to set the record straight, saying Itumbi has also been supportive of Irungu even slipping notes to his lawyer in court to highlight certain points he had skipped to bolster his defence.  Many agreed with him that Itumbi was a true friend of Maribe. 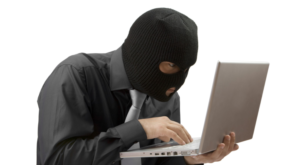