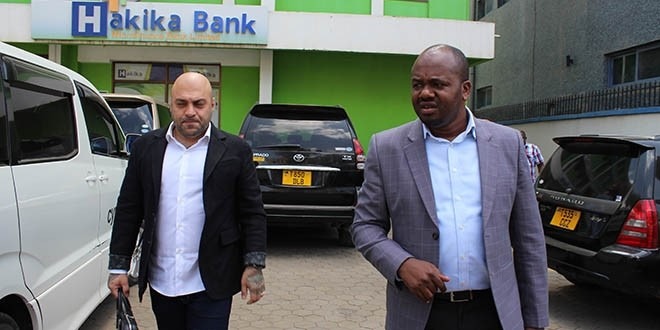 The deal, signed last weekend, gives Badoer Investment Ltd 20% stake in Hakika Microfinance Bank (Hakika MFB), making it the majority shareholder and earning it a seat on the board. The funds will enable the lender to extend credits.

“I’m extremely humbled to be part of Hakika MFB,” Mr Ricardo Badoer said after receiving the share certificate. “I like the value and idea of lending to SMEs.”

The purchase has raised Hakika MFB capital to Tsh5.7bn, but also observed the Badoer Investment Limited founder. Mr Badoer promised to keep pumping funds into the bank to elevate Hakika Microfinance into a full-fledged bank.

More than half of the 50 million Tanzanians reside in rural areas and with mobile phones they can access financial services. According to government figures, only 4.7 million Tanzanians have bank accounts, which offers expansion leg room for more players in the banking industry.

Hakika MFB Investment and Credit Committee chairman Michael Kitulizo thanked Badoer for the investment, noting that the funds would boost its capital and loan portfolio. Hakika MFB was established in 2016 by the Arusha Club Saccos and individual entrepreneurs to offer financial services to both the low and middle income earners.

This is the second major deal by Ricardo in East Africa. Last year, he acquired 15.6% in the Nairobi-based Sumac Microfinance. “I have fallen in love with East Africa because the middle class is contending with low penetration of financial services which offers a huge untapped potential,” he said.

Ricardo has set sights on East Africa as it expands his business empire in Africa. The flamboyant businessman also has interests in the region’s sports, media and manufacturing sectors.