Women are prone to gain weight in a high job demands environment, a study from University of Gothenburg, Sweden has revealed.

The research published in the journal International Archives of Occupational and Environmental Health showed that heavy pressure at work appeared to make women vulnerable to weight gain than their male counterparts.

The study included over 3000 participants who were examined on three occasions in a period of over 20years with aspect to the variable of body weight, job demands and control at work.

In order to determine the level of job demands, the participants were asked questions relating to work pace, psychological pressures, how often demands were clashing and time availability for duties assigned.

They were additionally questioned over control at work in applicability to learning new skills and if the individual had power to choose what to do and how to do it.

The response revealed that those with little control in their work environment gained considerable weight of 10 percent or more during the study. This, however, affected both women and men.

Even so, long-term exposure to high job demands only affected women. In the study participants, women who were subjected to high demands in the 20years period gained weight in the rate of 20 percent higher than those in low job demands.

“We were able to see that high job demands played a part in women’s weight gain, while for men there was no association between high demands and weight gain,” said Ms Sofia Klingberg the lead study author and researcher at the institution in community medicine and public health.

SEE ALSO: ROCKING CAN HELP WITH INSOMNIA AND MEMORY LOSS

“We haven’t investigated the underlying cause, but it may conceivably be about a combination of job demands and greater responsibility at home that women often take in, thus they find it difficult to get time for exercise and living a healthy life,” said Ms Klingberg.

The study in relation to public health may help in identification of groups who are more likely to be affected by stress, and efforts to reduces work-related stress can achieve a decrease in weight gain, heart diseases and diabetes. 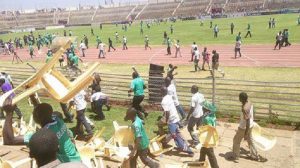