Leading Tanzanian media house, Mwananchi Communications Limited (MCL), wants the police to help to trace the whereabouts of its correspondent Azory Gwanda. MCL says it has followed up the issue with the Rufiji Special Zone Police Commander Onesmo Lyanga, who has said he has not received any report on the disappearance.

MCL has also written to the minister of Information, Culture, Arts and Sports, the Inspector General of Police, the Speaker of Parliament and media and human rights organisations over the disappearance.

“MCL does not know who kidnapped Azory and for what reasons. If he is being held for any crime that he committed then those who are holding him should charge him in court as the laws of the land demand and let justice take its course. We also ask the government to help find Azory. It is our hope that Azory will be found safe and sound,” it said.

According to his wife, Ms Anna Pinoni, he left their home in a white Toyota Land Cruiser with unknown people on an “emergency trip” on November 21.

She became alarmed after he failed to return and all his numbers could not be reached since the day he departed. She expressed deep concern about the safety of her husband, recalling that people had been disappearing in Kibiti.

She said four men in a white Toyota Land Cruiser arrived at Mr Gwanda’s work station in Kibiti at around 8am. They then took him away, telling those who were with him that they wanted to speak to the journalist.

At around 10am on the same day, the four men and her husband arrived at their farm where she was working.

She further said that her husband called out to her from a window of the car, and asked her where the keys to their house were.

She told him where she had kept the keys before Mr Gwanda told her that he would be away on an emergency trip and would be back shortly. That was the last time she saw him. 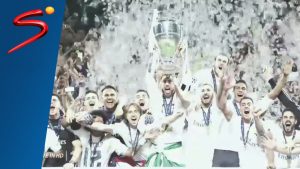