The government has launched dialogue cards that will be used by Community Resource Persons to communicate effectively on agri-nutrition related topics around production, access and utilization of safe and nutritious diets in households as it moves to improve diet among Kenyans.

The dialogue cards come in three documents – The Kenya Food Composition Tables 2018, Kenyan Food Recipes 2018 and National Guidelines for Healthy Diets and Physical Activity – which will address issues of malnutrition in the country.

“Appropriate nutrition messaging with social behaviour change specific to given contexts have potential to change behavior and this community dialogue cards on agri-nutrition will go a long way in influencing dietary behaviour of the most nutritionally vulnerable groups – women and children – and the communities at large.

Currently, there are 8.8 million Kenyans who are malnourished, which is a decline of only 2.2 million since 2005. Malnourishment in the country stands at 19.9%.

The Kenya Food Composition Table, 2018 and the accompanying Recipe Book will help government shift to food-based nutrition interventions as a driving force for promoting consumption of nutrient dense foods. “The Ministry has begun the maize flour blending initiative to enhance nutrition and create market for the crops used in blending and this will increase dietary diversity of Kenyans and contribute to increased micronutrient intake,” Mr Kiunjuri said.

The CS emphasized the negative consequences of malnutrition that include poor physical and cognitive development in children. “About 26 percent of children below five years of age are too short for their age, and only 22 percent of children 6 to 23 months are adequately fed,” he said and called on players in the industry to identify areas that need more investments to improve food and nutrition security.

SEE ALSO: HOW TO TAKE BETTER CARE OF YOURSELF

Health Cabinet Secretary Sicily Kariuki noted that the country is currently experiencing the triple burden of malnutrition mainly under overweight and obesity and micronutrient deficiencies.

In a speech read on her behalf by Dr Peter Cherutich, the Deputy Director of Medical Services, the Health CS noted that malnutrition costs African economies between 3 and 16 percent of GDP annually, resources which could be directed to economic development.

Mrs Kariuki noted that the Ministry is working with food and nutrition security stakeholders to come up with sustainable interventions that address the triple burden of malnutrition. “The development of the National Nutrition Action Plan 2018-2023 which highlights the key result areas that the government plans to focus on for nutrition improvement in the country is almost complete,” she said.

Unless the women are able to make decision and become fully empowered it will be difficult to sustain productivity growth.

These interventions have boosted key nutrition indicators in the past decade enabling Kenya to be recognized as the only country on course towards achievement of the five World Health Assembly targets out of 74 countries.

USAID Deputy Mission Director Heather Schildge said Women are an integral part to the health of newly born babies especially during the 1000 day period from conception through to the first 2 years of life which is critical to development of a child future health and productivity. “Unless the women are able to make decision and become fully empowered it will be difficult to sustain productivity growth which will have impact on malnutrition and stunting,” she said. [by Wangari Ndirangu / KNA] 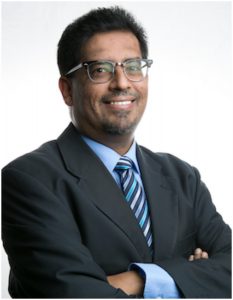