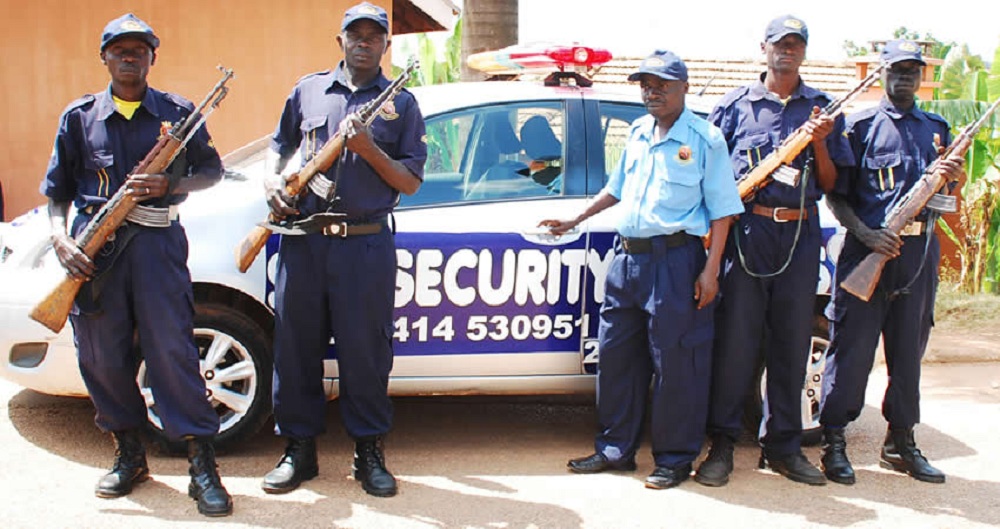 The government has approved a plan to allow private security guards to carry g**s as part of a new strategy to fight c***e.  According to the Standard the proposal has already been approved by the National Security Advisory Committee, which is chaired by Head of Public Service Joseph Kinyua.

However, it would have to await the formulation of regulations that would guide the process by the Private Security Regulatory Authority.

“Guards are in most places and become the v*****s of c***e, hence the need for them to be allowed to carry w*****s. The proposal has been approved,” the paper quotes a senior government official as stating.

If implemented, the move would be a boost for the guards’ unions that have been agitating for the w*****s.
The guards will have to be retrained and paid well before they are allowed to carry the g**s. Few private security groups are currently issued with permits to carry f******s.

The exceptions are mostly firms hired to secure ranches. The Interior ministry is currently developing a training manual for private security officers that should help improve coordination with other security agencies in sharing information and intelligence.

The Kenya National Private Security Workers’ Union has welcomed the move even as it decried the increasing number of a*****s against private security guards.

“This is good news because the country is grappling with t*******m and a***d r*******s, which put the lives of guards at risk. You cannot stop an a***d r****r with a rungu. This has exposed us to more danger than a***d soldiers in Somalia,” secretary general Isaac Andabwa told the Standard.

MPs, while supporting the Private Security Industry Regulation Act 2010, had refused to allow guards to carry arms, saying doing so would be wrong without proper training and regulations.

In Uganda, there are over 37,000 a***d private security guards but critics say that with no centralised command and control mechanisms, there is a likelihood of them turning out to be a real public s*************t.

READ: School that runs without a bell and staff room

“The country has already witnessed situations where private security guards have turned their g**s to the clients they are supposed to protect. The same individuals have oftentimes connived with c*******s to robe their clients large sums of money,” Simon Peter Opolot – Okwalinga, a security strategist, wrote in a newspaper article about two years ago.