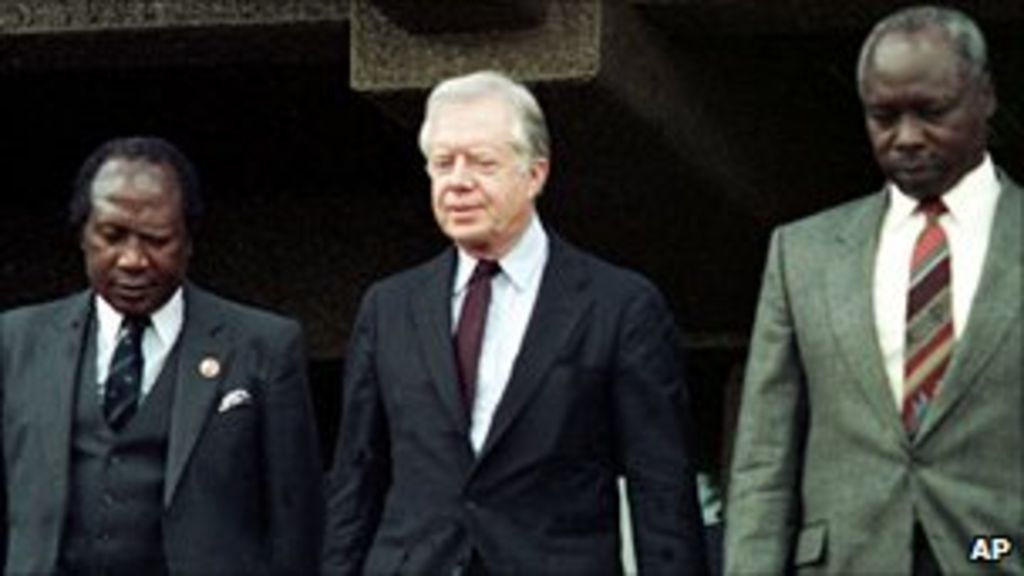 Last week, my church, the Nairobi Pentecostal Church (Chief Justice David Maraga has taught us to openly identify with our faiths and denominations), said prayers for the departed soul of Christabel Ouko, wife of the s***n former Foreign Affairs minister Dr Robert Ouko.

As I watched the solemn occasion on TV, my mind went back to the moment, two years ago, when I visited Christabel, pictured, at her rural home in Koru, Kisumu.

I am perhaps the only journalist who remembered it was the 25th anniversary of Ouko’s d***h, hence my visit.

On the way to her home, People Daily Kisumu bureau chief Baraka Karama cautioned me that Christabel would clamp up at the moment I mentioned Ouko, and that I should craft a softer way to approach her. “Fine”, I told my colleague, “I will ask her to talk about the library she has built in honour of her late husband, and how the family has moved on since.”

Luckily, we found Christabel at the library. She was more than happy to receive us when we told her the purpose of our visit.

The facility is just about the most modern library I have seen anywhere in rural Kenya.

It also has a rich collection from the late minister’s home library and a collection donated by his many friends across the globe.

Looking at the Ouko library catalogue, you can easily tell  the kind of a person he was — an intellectual with a bias for history, politics and philosophy.

It reminds me of a remark made by Cabinet minister Fred Matiang’i last year as we looked at the books in the home library of politician John Keen. “You can tell the kind of person from the books he/she reads”, Dr Matiang’i had said.

From the library, Christabel rode in our vehicle to the family house about half a kilometre away. By now we had broken ice and she is actually the one who introduced the topic of her late husband.

“This is where we buried Daktari (Doctor) she told us”, as she pointed at the grave of her husband.

“The compound remains the same as it was when he was alive”, she went on. “That’s the upper gate whose keys he was said to have asked for on that last day. And that’s the wooden-hut where he entertained his guests that night”, she said as she ushered us to the front lounge next to where the white car said to have picked up Ouko on the fateful night was packed.

I had no difficulty bringing up a conversation about her husband’s mysterious m****r. I specifically wanted to ask her about the White House photograph secretly sent to her through the US embassy in Nairobi.

Here is the background to the story. Late in January 1990, President Moi made a visit to Washington to attend the annual Congress Prayer Breakfast. Since it was not a state visit at the invitation of the US government, no official meetings were scheduled with the US President George Bush or any other high-ranking official.

The only official function attended by Moi and his entourage was a breakfast hosted by the assistant US foreign secretary in charge of Africa desk, Herman J. Cohen.

But it so happened that just at the time Moi was meeting Cohen, the White House invited Foreign Affairs minister Ouko for breakfast without Moi’s knowledge. The President only came to learn about it when Ouko was already at the White House.

The secret meeting with Ouko was arranged by the White House chief of protocol, Joseph Verner Reed, who, like President Bush, personally knew Ouko. The US President had known Ouko when he was his country’s ambassador to the UN, while White House protocol officer, Verner Reed, had known Ouko when he was US ambassador to Morocco.

When Bush was Vice-President in 1981, Ouko had done the US a favour by securing permission for the US Intelligence to bug hotel rooms of certain delegations of “interest” attending the AU heads of state summit in Nairobi. At the meeting to discuss the secret plot, then Internal Security minister G.G. Kariuki had questioned the morality of allowing a foreign government to secretly tap delegates attending a conference in Nairobi, to which the CIA Nairobi station chief had replied non-apologetically: “Mr Minister, espionage is the second oldest profession and sometimes with even fewer morals than the oldest!”

Apparently, Vice-President Bush never forgot the favour extended by Ouko years gone by, hence the invitation to the White House.

The Ouko secret White House meeting was not received well by some members of the Kenyan delegation. At the Commission of Inquiry on his d***h a year later, his sister, the late Dorothy Radiak, revealed that a few hours before his brother was picked up from his home never to be seen alive again, he had confided that while in the US, he was hosted by President Bush, something that had caused so much bad b***d between him and a much feared Cabinet minister.

But with the US government categorically denying Ouko was hosted at the White House, there was no credible collaboration of the testimony by Ouko’s sister and the matter rested there.

The Pandora’s Box would be partially opened by the US ambassador to Kenya at the time of Ouko m****r, Smith Hempstone, who was to write in his memoirs: “About a year after Ouko d***h, I received, from my friend Joseph Verner Reed, President Bush’s long-time friend and White House chief of protocol, a manila envelope containing an undated photograph of a smiling President Bush shaking hands with an equally happy Ouko at the steps of the White House.”

When I brought up the issue of the photograph with Christabel two years ago, she responded: “Yes, the re-sealed manila envelope was dropped at our Nairobi home by an official from the US embassy, and received by a member of my family.” She further confided that fearful that somebody may follow up on the matter with her, she handed over the photograph to a family lawyer for safe-keeping.

Back in Nairobi, I telephoned the family lawyer and went to see him in his office. He warmly received me but immediately turned hostile the moment I mentioned Ouko and the photograph.

“For what reason are you raising those matters now?” he barked, and added as he let me know I was no longer welcome in his office: “If I knew that is what you wanted to talk to me about, I wouldn’t have agreed to meet you. But get this carefully, there is no record of this meeting and I didn’t discuss anything on the late Ouko with you. If you write your own things, be sure we’re going to meet in court!”

Last year, US assistant foreign secretary Herman Cohen, at last, revealed in his memoirs that, indeed, Dr Ouko secretly met President Bush while on a visit to Washington with Moi. He says: “The White House breakfast had been arranged following a call by Ouko, a friend of the US President. President Moi didn’t know of the Bush-Ouko meeting in advance, and I could imagine his fury when he learnt of it.” End of the story.