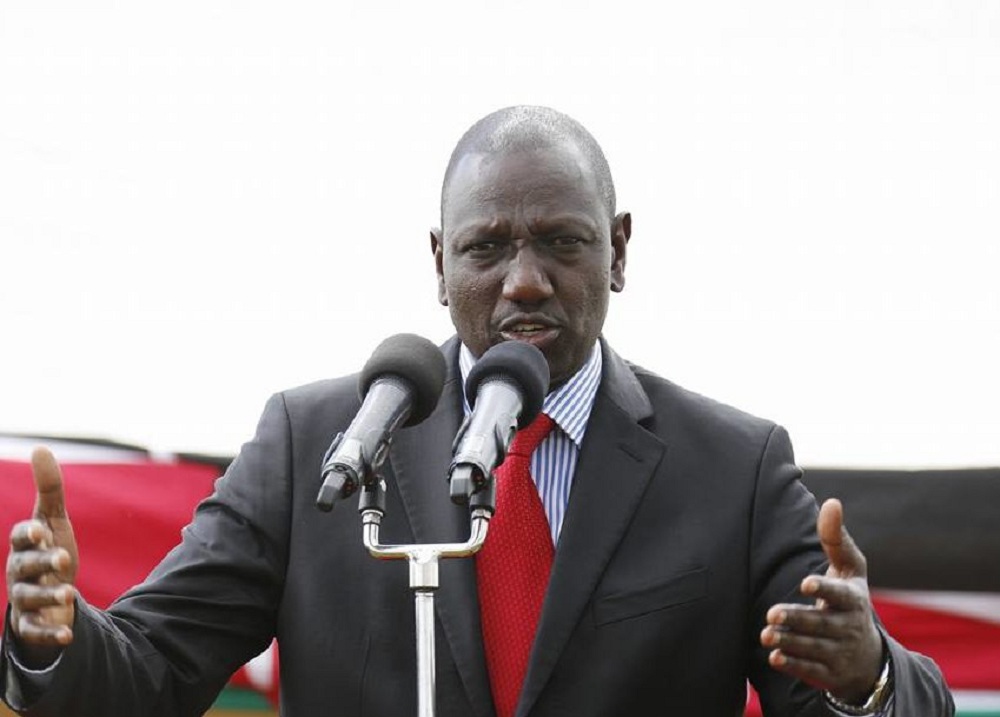 Deputy President William Ruto has sensationally claimed that Wafula Chebukati, chairman of the electoral commission, has been holding night meetings with the opposition.

Although Mr Ruto did not provide any evidence about the alleged secret rendezvous, he challenged Mr Chebukati to come out and deny the claims.

In an interview with Citizen TV Sunday night, the Deputy President said a memo from Chebukati directing IEBC CEO Ezra Chiloba to a explain a number of issues regarding the August poll was a product of the night meetings with the opposition.

“Chebukati has been having night meetings with the opposition. I challenge Chebukati to come out and deny the claims. The memo by Chebukati mirrors the demands by the opposition,” Mr Ruto said.

“We are telling Chebukati to stop the night meetings and deliver to Kenyans a credible poll. Let him stop the monkey games and work with other commissioners to give Kenyans and election,” Mr Ruto said.

Mr Chebukati has, however, termed the remarks by the DP as baseless and reckless.

“Rumours regarding my so called night meetings with NASA are baseless and reckless,” he said in Twitter post.

Mr Ruto said Jubilee has nothing personal against Mr Chebukati but insisted that the chairman must do his work within the confines of the law.

ALSO SEE: Chebukati’s memo to Chiloba that has shaken Kenya

According to Jubilee deputy party leader, all the issues raised by Mr Chebukati in the memo had been fully addressed by the CEO hence the chairman only wanted to create sensation over the coming fresh poll.

In the memo, the IEBC chair asked Mr Chiloba to come clean on some 12 issues that are deemed to have affected the August 8 polls. “The memo was supposed to be an internal document, how then did it find its way on the press? Mr Ruto said.