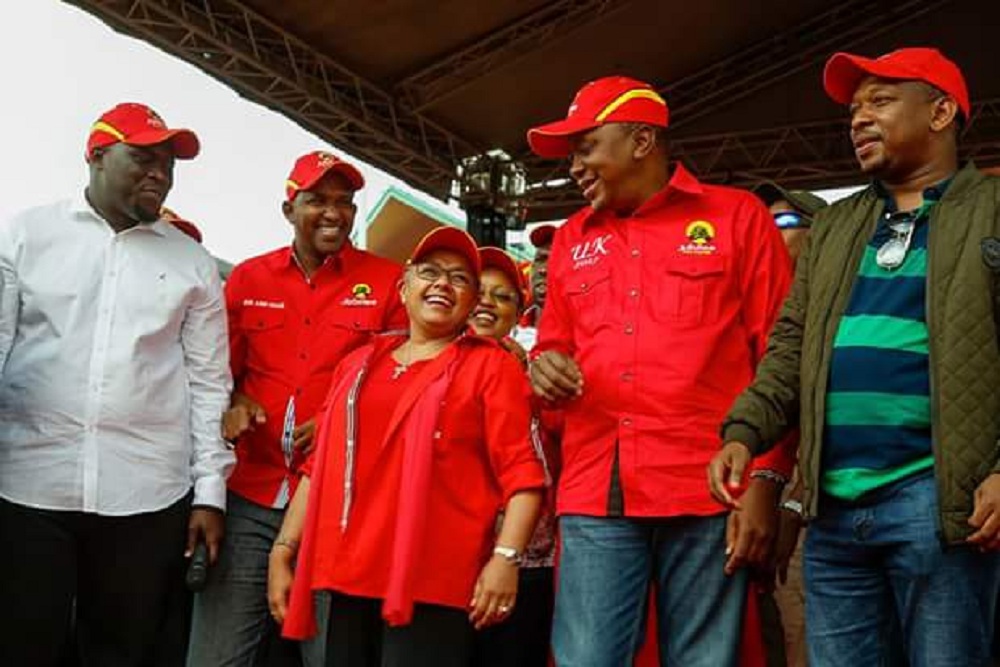 [dropcap]T[/dropcap]hey say behind every successful man there is an ambitious woman. But how true is it? For Kenyan presidents, it seems different, or maybe they leave their women behind after ascending to power.

Then came the Moi era, which lasted for 24 years. Throughout his presidency, Moi served without a first lady, despite having eight children from Lena, his only known wife whom he separated with in 1974, four years before ascending to presidency. Lena led life out of public limelight until she died in 2004.

Kibaki’s 10 years at the House on the Hill were filled with supremacy battles between two ladies, Mary Wambui and Lucy Kibaki, all fighting for the coveted place as the country’s first lady.

At one time, Lucy had to drag President Kibaki to a live presser to confirm that he had only one wife, Lucy. She was a no nonsense lady, but unpopular with the Kenyans. At one time, she orchestrated a raid on the Standard Group to forestall publication of an alleged negative story about the First Family. Despite her volcanic temperance, Lucy was known for supporting disadvantaged and disabled people. She chaired the Organisation of the 40 African First Ladies Against HIV/Aids. She died at the age of 80 in April 2016.

Margret Gakuo Kenyatta, the current First Lady as wife to President Uhuru Kenyatta, is seen by many people as shy and timid. However, she has become the darling of many across all tribes through her Beyond Zero campaign targeting the well-being of pregnant mothers and children. Since the inauguration of her husband, Margaret has been running a campaign to reduce maternal and infant mortality rates. The campaign has been successful so far with various well wishers contributing millions to her cause.

Her efforts did not go unrewarded as she was named UN in Kenya Person of the Year 2014. At one point, she received a standing ovation in the US for her Beyond Zero campaign. To her credit, she has never sought to gain political mileage for her husband, rather,  her campaign emanates from a sad ordeal in her life, according to sources. The sad truth is that the First Lady lost one of her children during birth some 20 years ago.

“The second-born baby girl after Jomo Kenyatta died immediately she was born. The now First Lady was traumatised then and took some counselling to ever recover. That is why she has a passion to help mothers not lose their kids when giving birth,” stated an online source.

Despite her popularity, she has never addressed a campaign rally or drummed up support for his husband until she did so at Uhuru Park on Saturday. She briefly addressed the crowd in Swahili calling for peaceful polls on October 17 after being invited by Deputy President William Ruto.

“Naomba wakenya wote wapige kura kwa amani (I request all Kenyans to vote peacefully),” said the first lady, amidst cheers from the crowd.

This is in contrast to the lead up to the 2013 elections, when she declined to address a campaign rally at the same venue despite much prodding from her husband. In doing so this time round, she can be said to have gone Beyond Zero though in a positive way.

She got married to President Uhuru Kenyatta in 1989 at Holy Family Basilica in Nairobi. They are blessed with three children Jomo, Jaba and Ngina. Margaret is a daughter to the late Dr Ephantus Njuguna Gakuo, who at one time served as Director of Kenya Railways Corporation. Her mother was a German native whose name was Magdallena.

The First Lady of Kenya is the title held by the wife of the President of Kenya, an office created in 1964. A Kenyan First Lady currently receives more than Ksh 500,000 in responsibility allowance but also has a budge to run charitable activities.