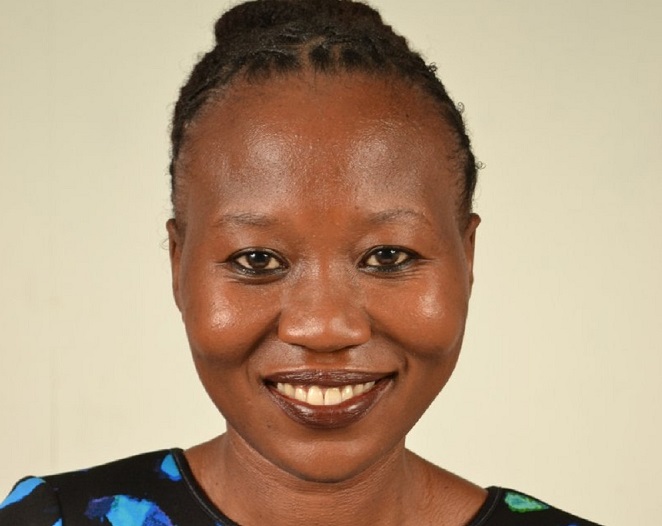 [dropcap]M[/dropcap]any people never knew her before her appointment to the Independent Electoral and Boundaries Commission (IEBC), and even after her appointment she remained in the dark only working behind the scenes.

Dr Rosylyn Kwamboka Akombe would later grab the nation’s attention when she took the centre-stage in the lead-up during the August polls,  overworking herself to make the election process a success to an extent of overshadowing vice-chair, Consolata Nkatha, as she was ever ready to engage the media and other stakeholders.

Before her appointment, she was at the United Nations in New York as Political Advisor to the Secretary General, a position she said enabled her to gain global elections experience. She is presently on a leave of absence and a spokesman recently said she will go back anytime from now.

As the nation tensely watched the announcement of President Uhuru Kenyatta as the winner of the August 8 electoral contest, it was Akombe who was at hand to facilitate chairman Wafula Chebukati even offering him a glass of water.

At one time, she offered comic relief when she told ladies who had taken to social media to drool over CEO Ezra Chiloba that they were not lucky as he is taken.

NEXT: Daughter gives billionaire father a run for his money

“I saw that a lot of the searches were his age…whether or not he is married…and I am really going to be disappointing a lot of young beautiful women out there. Too bad! Our CEO has been taken. He is happily married and he is not a Muslim… but you can still make attempts to change him,” she said amidst laughter.

Mesmerised by his good looks, ladies had taken to online platforms christening him as “Chilobae.”

Akombe was to hit the headlines again after the elections when she was forced to spend the night of August 14th at the Jomo Kenyatta International Airport (JKIA) after the Immigration Department stopped her from traveling to the US, following ‘orders from above’.

She was later cleared to travel following intervention by the United States embassy in Nairobi (she is a dual citizen) but later came back, and at one time she attended the court proceedings concerning the presidential petition filed by Nasa coalition challenging the re-election of President Uhuru Kenyatta.

Born in 1976 in Nyamira County, Dr Akombe obtained a Bachelor of E*******n degree at the University of Nairobi before going to the US for further studies. She holds a Master of Science in Global Affairs and a PhD in the same subject, both from the Rutgers University.

Her strongest skill, she argued before the parliamentary committee, is he diplomatic ability to resolve conflicts and that she had stayed abroad for over 15 years, enabling her to understand more about the needs of the diaspora when it comes to voting.

But the IEBC job meant she was taking a pay cut of up to 70%. Why would she do that? Dr Akombe explained that it was a sacrifice she took as a patriot willing to serve her country.

In fact, she took a sabbatical from the UN, meaning she will not receive a penny from the UN during her term as commissioner at IEBC.

The other four other commissioners say they were never consulted. It was Akombe who first went public to reveal that the Chiloba team had declined to quit amid internal and external pressure.

“In a normal democracy, people would have introspected, they would have opted to step aside,” Akombe told Bloomberg on phone. “They have failed to do that. They have refused.”