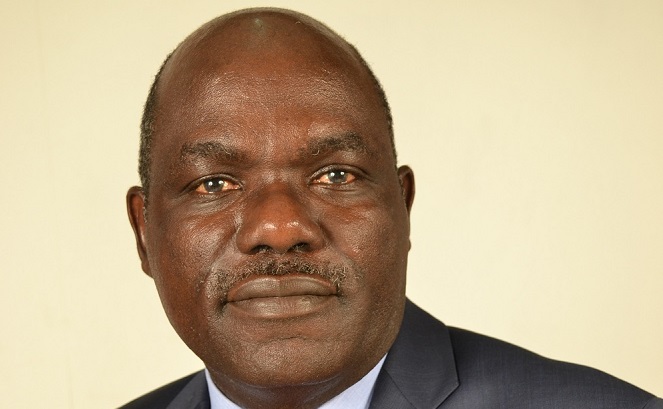 [dropcap]W[/dropcap]anyonyi Wafula Chebukati is a man in the eye of the storm as the Jubilee Party and the National Super Alliance tussle over when and how the fresh presidential election should be conducted.

Before his appointment to the hot seat, Chebukati was a Nairobi-based lawyer specialised in Commercial Law, Labour and Employment Laws, Landlord / Tenant and Conveyancing Law & Treaties Law.

Born in Bungoma County in 1961, Chebukati’s name only beamed on the national radar when he vied for the Saboti constituency seat in the 2007 elections on an ODM ticket but lost to Eugene Wamalwa of PNU.

When he was being vetted by the National Assembly Justice and Legal Affairs Committee before his appointment to replace Isaack Hassan, he was hard-pressed to convince the panel that Opposition leader Raila Odinga will not influence his work.

He said he left politics after the election and resigned as a life member of ODM a month before applying for the job.

“I’ve never talked to Raila nor met him since 2007, when he came with members of the ODM summit to campaign for me. I lost the election and went back to my legal practice. The people of Kiminini constituency, where I come from, can attest to the fact that I have never engaged myself in any politics,” Chebukati said.

Here are a few other facts you might want to know about Chebukati, who the world is watching keenly to see if he can remedy IEBC’s mistakes and deliver a credible, free and fair election come October 17:

Chebukati went to St Peters Mumias, Bokoli Secondary School and Lenana High School. He graduated from the University of Nairobi in 1985 with a Bachelor of Laws (LL.B) degree and was admitted to the roll of Advocates in 1986.  He also holds Masters degree in Business Administration from JKUAT.

Chebukati has practiced Law as a sole practitioner with an expansive experience in civil litigation, criminal jurisprudence and labour/employment law. He is also specialised legal practice in the fields of international commerce, trade and investment law, corporate law and governance, product liability, litigation and environmental law. He is trained in legislative drafting, policy formulation and research to all aspects of legislative drafting.

Before joining IEBC, he was a managing partner at Cootow and Associates Advocates which offers a range of legal services from maritime, shipping, arbitration, alternative dispute resolution, insurance, banking to commercial law services. It has represented high-end clients from blue-chip companies, financial institutions and government agencies in various court cases.

The law firm represented the Nairobi County Government in the case between City Hall and Salima Enterprises over the ownership of Westlands market. It also represented former EACC boss Philip Kinisu, who resigned amid pressure over his alleged involvement in the National Youth Service Scandal.

During his vetting, Mr Chebukati said he was only a lawyer representing a client. Previously, he was consultant when Kenya was developing its maritime laws.

There is very little information about Chebukati’s family life as he is a very private person. However, during his vetting, he told MPs how he was left in agony after being separated from his family during the 2007/08 post-election violence.