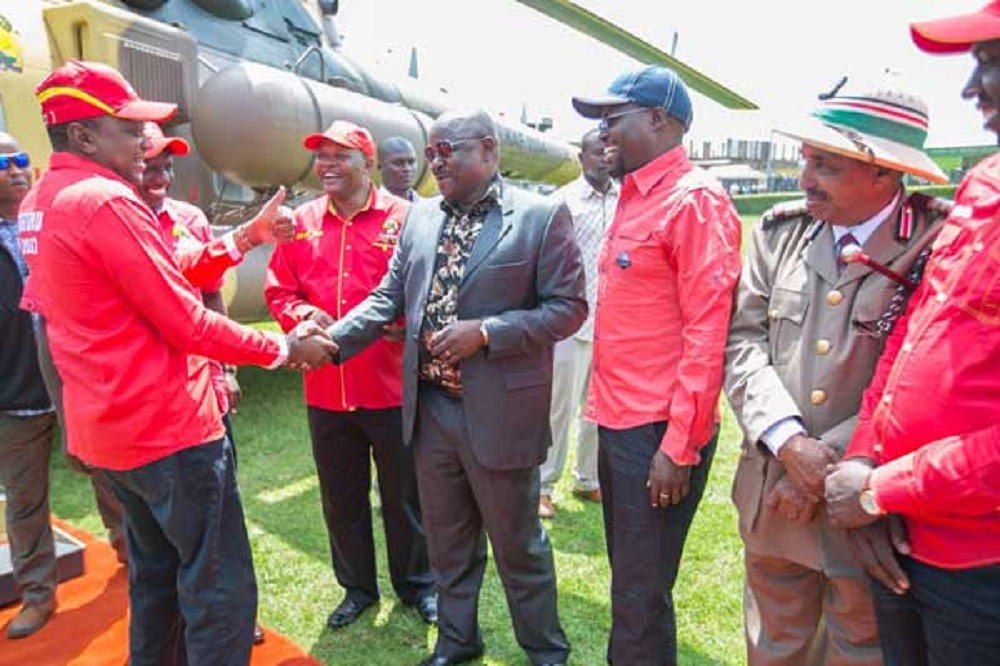 Speaking during a rally at Kapkatet after receiving President Uhuru and his deputy William Ruto who are on a campaign tour of Kericho, the Chama Cha Mashinani leader said that he realised he does not have followers and that is why he has returned to support Uhuru’s re-election bid.

He promised to campaign and deliver votes for the president and his deputy in the forthcoming repeat elections. A move that is widely seen as a step towards salvaging his political career after the general election polls defeat.

Ruto had joined Nas aas the fifth principal earlier in the year but lost the governor post to former National Assembly Deputy Speaker Dr Joyce Laboso, who garnered 176,712 votes against his 86,282.

He conceded and promised to give his next course of action, which at the moment it is, all clear that he is gone to jubilee party.

His return to Jubilee settles the Rift Valley supremacy battle pitting him against the DP since their falling out in 2013.

Before his move, the former governor had denied he had plans of joining Nasa saying his absence from the limelight was meant to allow Bomet people to settle.

He claimed he was rigged out by the government machinery with his agents being thrown out of polling stations.