In a statement posted on its official twitter page, State House says that French Ambassador to Kenya Aline Kuster-Menager, confirmed the visit by the French President when she paid a courtesy call on President Uhuru Kenyatta today at State House, Nairobi.

French President @EmmanuelMacron will make a two-day State visit to Kenya next month. French Ambassador to Kenya @AlineMenager, confirmed the visit by the French President when she paid a courtesy call on President @UKenyatta today at State House, Nairobi. pic.twitter.com/TF04TdUQtL

President Kenyatta says he looks forward to hosting the French President, as he expects the visit to break new ground in the bilateral relations between Kenya and France.

Kenya and France are expected to sign several agreements and Memorandums of Understanding (MoUs) covering various subjects of mutual interest.

The proposed rapid transit train service between the Nairobi Central Business District (CBD) and the Jomo Kenyatta International Airport (JKIA), is among the projects expected to feature prominently when President Kenyatta hosts President Macron in Nairobi next month 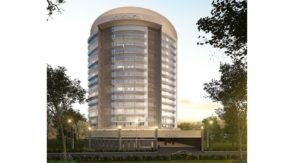