A gazette notice making the rounds on social media, announcing that Thursday, November 4th 2021, would be a national public holiday in Kenya to mark Diwali is FAKE.

The document was widely shared in Whatsapp groups. A fact-check revealed that the document was not issued by the government. The Interior Ministry, via its Twitter handle, on Wednesday dismissed the notice and marked it as fake.

“The Government HAS NOT declared a public holiday on THURSDAY NOV 4, 2021,” the ministry said on its Twitter page. “The purported gazette notice declaring a holiday is FAKE!” 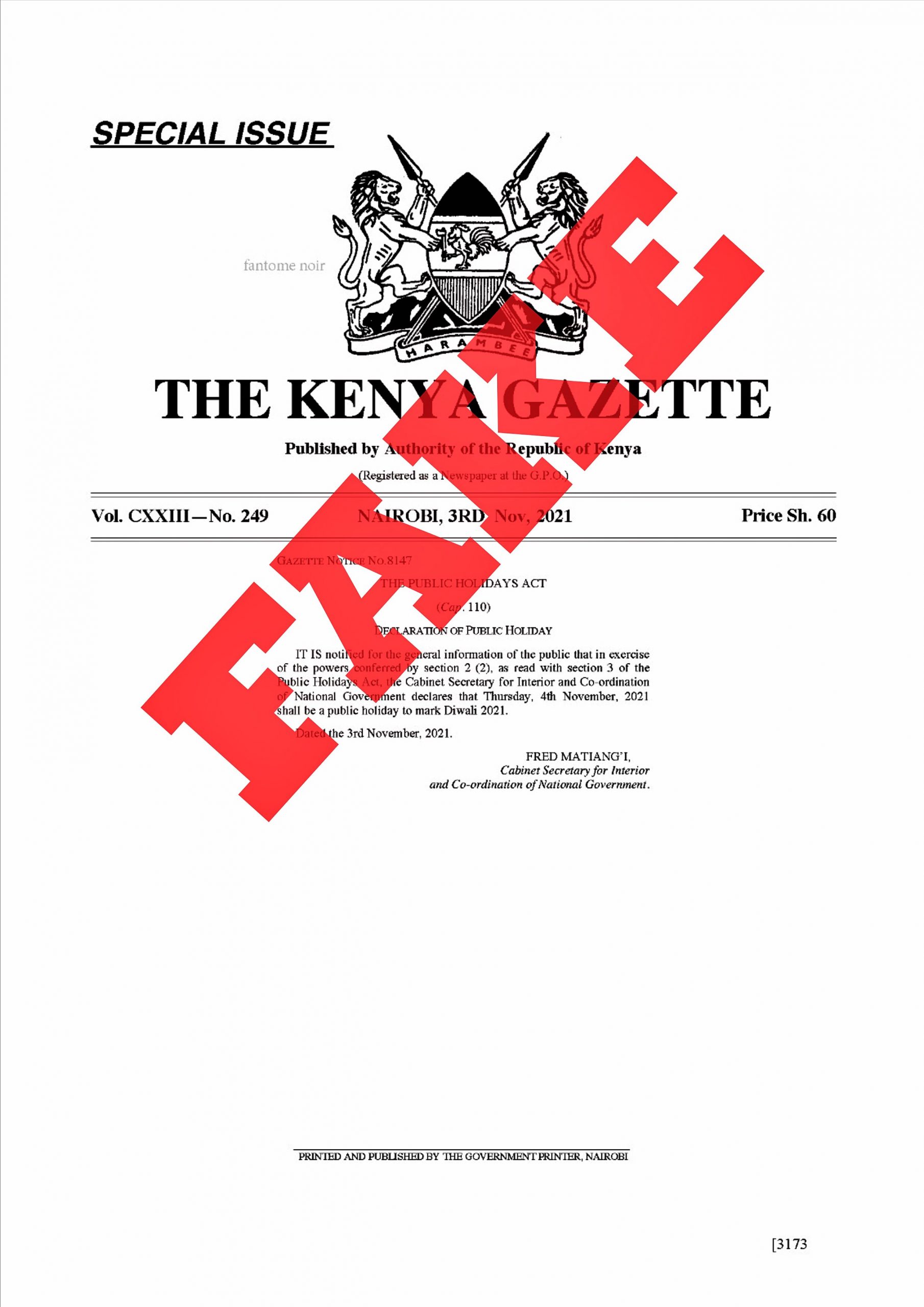 Mainstream media houses and websites as well as blogs picked up the tweet dismissing the fake gazette notice and reported it widely. Diwali, an annual holiday celebrated by Hindus globally, lasts five days and falls either in October or November. It is a celebration of good triumphing over e**l, and a day to worship the gods and goddesses of prosperity.

During Diwali, the Hindu faithful light small oil lamps at home called diyas, accompanied with fireworks. However, the Kenyan Government only allows fireworks and firecrackers at set hours of the day away from residential zones.

>> Was Raphael Tuju Locked Out Of Jubilee Party Offices?

No Sèx For Unmarried Soccer Fans At 2022 FIFA World Cup