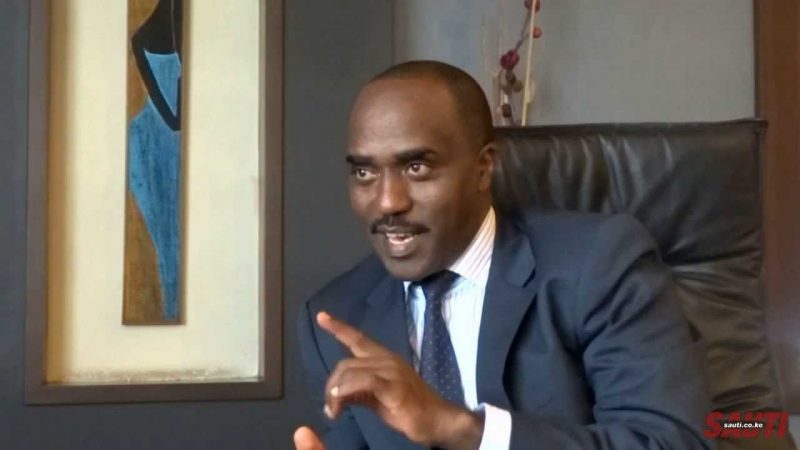 Former Nation Media Group (NMG) chief executive Linus Gitahi has joined the board of Diamond Trust Bank (DTB) as a non-executive director, marking his return to the Aga Khan empire which he left  about two years ago.

In a notice to the Nairobi Securities Exchange (NSE), the bank said that Mr Gitahi and Guedi Ainache would become additional non-executive directors effective April 5. Mr Gitahi is a former CEO of NMG, which is principally owned by the Aga Khan.

Mr Gitahi is the chairman of Tropikal Brands Afrika and a co-founder of Oxygène Marketing Communications. He holds directorships in several other companies, including Home Afrika where he is chairman.

Mr Ainache has previously worked with French sovereign wealth fund PROPARCO in Paris as a senior investment officer. He currently sits on the board of TPS Eastern Africa.

DTB reported a net profit jump of 17% to Ksh7.7 billion for the 2016 financial year, shrugging off the effects of the interest rates caps.

The bank is in the process of acquiring Habib Bank in a Ksh1.8 billion share-swap deal that is expected to be complete by July. The acquisition will expand the market share of the merged entity.

DTB will use its own shares to compensate owners of Habib who will be allotted a 4.75% stake at a price of Ksh137.39 for each of the 13.2 million ordinary shares.