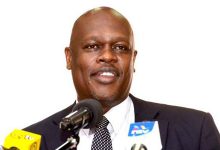 Kenya’s leading newspaper publisher in terms of revenues and market share recorded Ksh1.68 billion in after tax profit for the period to December 2016 compared with Ksh2.22 billion a year earlier.

The company attributed this major drop to one-off costs related to restructuring amounting to Ksh342.9 million and absence of a tax credit enjoyed in 2015. The costs included Ksh342.9 million related to the closing of radio business (QFM and Nation FM), QTV, staff retrenchment and setting up Spark TV in Uganda.

The company’s 2015 performance had benefited from a Ksh274 million tax credit related to the capital investment in setting up the $20 million printing press launched mid-March last year.

NMG, which retrenched over 30 employees early this year and closed radio business mid-2016, had a Ksh11.3 billion in turnover, down from Ksh12.3 billion in 2015. Revenues were helped by higher sales from the digital and television divisions. The company recently acquired KenyaBuzz, an events website, to strengthen its digital segment. The company has also retooled its business model to emphasize digital platforms.

“The underlying business is fairly strong. We’ve reduced our cost base. Those costs won’t be recurring this year,” Mr Joe Muganda, the NMG chief executive, said at an investor briefing yesterday. “We are acquiring and creating new revenue streams. We continue recouping the benefits of the new printing press.”

Since taking over as CEO in July 2015, Nation Media has been bleeding cash, with profits dwindling for the two years. In 2015 the year he took over, the company recorded a Ksh300 million drop in profitability, largely blamed on digital migration hiccups.

Standard Group, which has been hardest hit, pushing it into the red in 2015, recently announced a net profit of Ksh198.5 million for 2016, up from a loss of Ksh289.6 million the previous year, an impressive 169% growth. Radio Africa and Royal Media Services have also recently sacked a good number of its employees due to a drop in revenues.

The cost of sales dipped by a fifth to Sh2 billion from Sh2.4 billion posted in 2015, attributed to the efficiency of the new printing press, reworking route to market, and proper management of newspaper returns.

Mr Muganda said revenue from the digital business doubled to account for 3% of total revenue, and plans are under way to grow this to 10% in the short term. With the government banning advertising in private media, the financial squeeze on newspapers and broadcasters is expected to tighten this year, although election-related advertisements will offer some relief.