The two, which will broadcast in Kalenjin language, will target the vast population of Kalenjin speakers mostly in Rift Valley and various parts of the country.

The establishment of the Kalenjin radio (Emo FM) and Kalenjin TV has been largely influenced by Deputy President William Ruto, who has acquired substantial stake in Mediamax, and thus is able to influence key decisions. The radio stations is already doing dry runs while the TV studio is ready, with launch plans in the works.

It’s not clear how much shareholding he has in his political senior’s family business, but Mr Ruto is known to attend Mediamax board meetings and regularly visits the company’s offices at DSM building on Kijabe Street, Nairobi.

The Deputy President has not had direct presence in media, and relied on the goodwill of his friends in various media houses. In Kalenjin media circles, he has influence at Kass FM and TV, but it is said his attempt to acquire shareholding has been frustrated by the owner Joshua Chepkwony, who happens to be his long-time friend, who has avoided business ties wit politicians. Chepkwony is the CEO of Kass FM International, which runs Kass FM and TV and the defunct Kass Weekly newspaper.

“Currently, we don’t know his (Ruto’s) representative in the company, but we expect major changes in the board and running of the whole organization,” said a Mediamax insider.

Kalenji FM and TV will compete against Kass FM and TV and Royal Media’s Chamgei FM, which have already established huge audience in the region. Kass TV started as an online television targeting Kalenjins in the diaspora but went on air after the digital migration.

Now strong political allies, as president and his deputy as well as automatic candidates for same position in the next elections, Uhuru and Ruto are extending their ties to business and media.

The strategy at Mediamax, it seems, is to have both national and ethnic media presence. Nationally, Mediamax runs K24 TV and Kiswahili radio, Milele FM. But its ethnic presence through radios and TV is skewed towards Jubilee Party strongholds.

In Centra Kenya, it runs Kameme FM and recently launched Kameme TV, and Meru FM in Meru region. At the Coast, it has Pilipili FM, previously owned by Cabinet Secretary Najib Balala, while in the Maasai community it has Mayan FM.

Next Read >> SportPesa fires its marketing manager over money issues

Plans to launch a Western Kenya radio station have been shelved perhaps due to the hostile political climate in the region against Jubilee.

With most of its strongholds covered and boosted by Ruto’s influence at Kass stations through Chepkwony – a major donor to Jubilee – and the national broadcaster KBC station, the two have the most of the country covered during the campaigns. It appears Ruto has already started preparing himself for the 2022 elections by positioning himself in the media industry which controls opinion among masses. 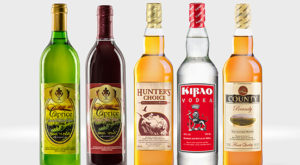