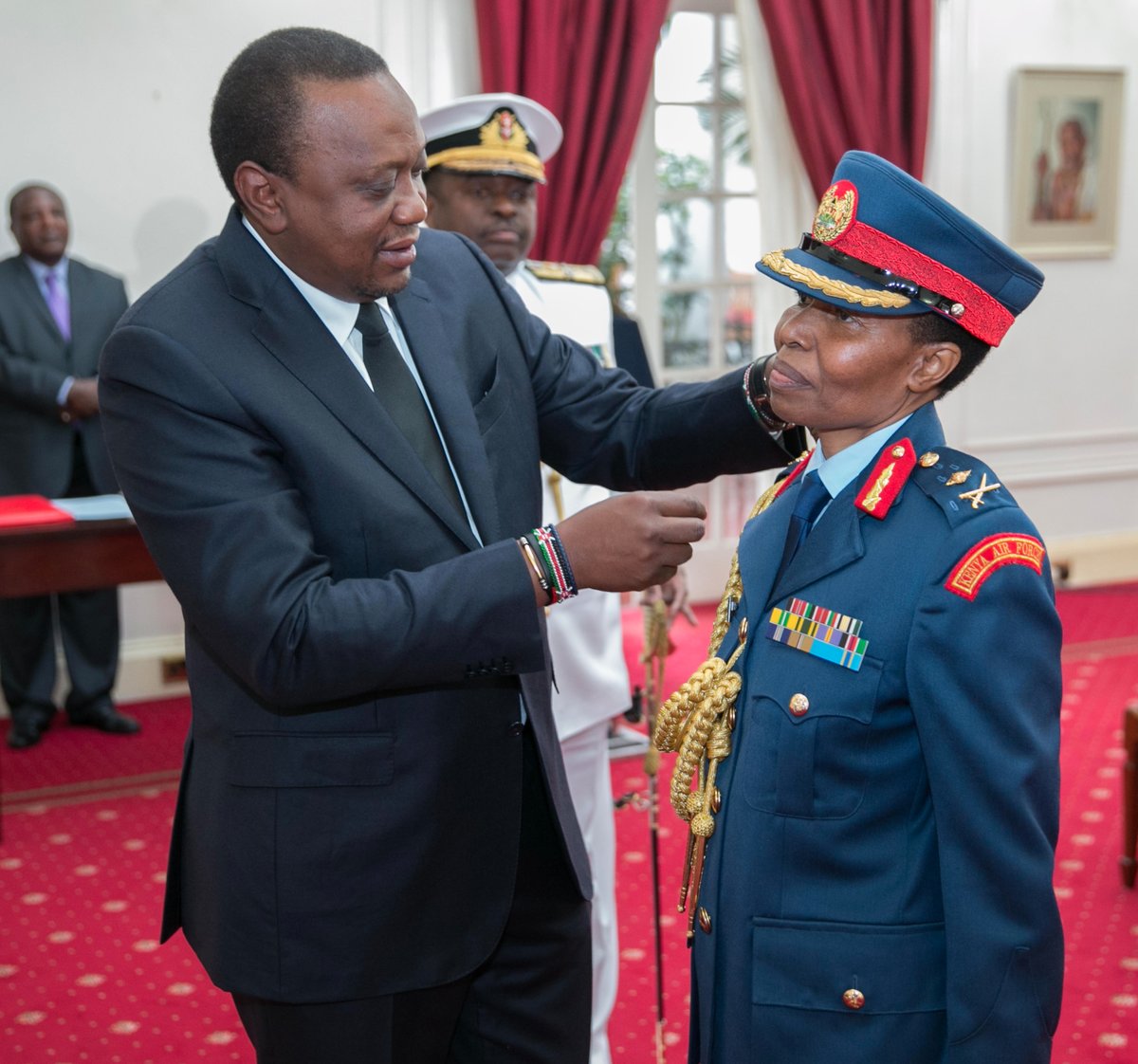 Fatuma Ahmed has been sworn-in as Kenya’s first woman in the m******y rank of Major General.

Ahmed has been promoted to Assistant Chief of the Defense Forces for Personnel and Logistics.

President Uhuru Kenyatta recognised her during the ceremony at State House in Nairobi and said her appointment was an honour for the country.

With”pride and honour”, he told her: ” I am counting on you to be a positive role model to women across the country.”

He added: “Let other women see that there are no limits. May you be a great inspiration and guide of console everywhere”.

Walter Raria took the oath of the office of Kenya Army commander while Francis Ogalla took over from Major General Samuel Thuita as Air Force commander.

“We look forward to working together with you. Let your careers, skills and knowledge give your respective departments new inspiration for service delivery,” he said.

He added that his administration will provide adequate resources for efficient services to the public.