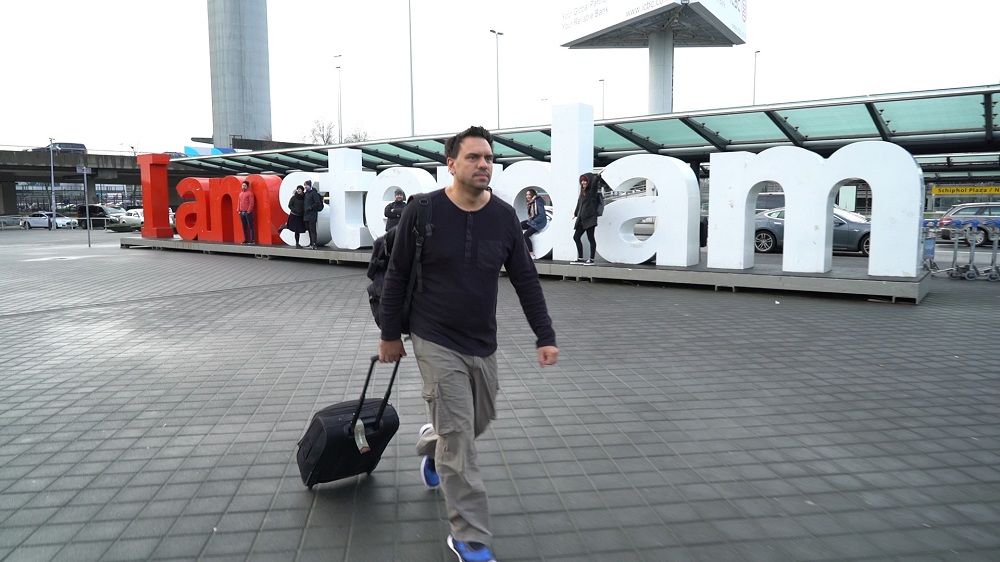 Etihad Airways has honoured its high flying executive Andrew Fisher following his record-breaking feat of travelling around the globe in the fastest time and in the fewest number of flights.

Clocking a flying time of 52 hours and 34 minutes, Andrew managed to beat the previous record by 3 hours and 13 minutes, and using only four scheduled commercial flights instead of five to achieve his lifelong ambition.

The Guinness World Records has officially declared his successful attempt a world record.

Etihad Airways acknowledged Andrew’s achievement with a reception at its Abu Dhabi headquarters, where the record breaker shared a video and experience of his marathon round-the-world journey, and where colleagues joined in a food fest of culinary delights from the destinations he visited.

Andrew’s journey covered 41,375 km on scheduled flights operated by Air New Zealand, KLM and China Eastern that took him from Shanghai to Auckland; Buenos Aires to Amsterdam; and back to Shanghai.

“Although I managed only 16 hours of sleep throughout the journey, I still felt fresh, perhaps due to the adrenalin and excitement at completing this unique experience. And it’s a great feeling to be part of a company that encourages and enables its employees to pursue their dreams.”

Peter Baumgartner, Etihad Airways Chief Executive Officer, added: “On behalf of employees across the company, I congratulate Andrew for this remarkable achievement.

“This feat requires significant commitment, dedication and perseverance – values that we at Etihad instil in all our employees, and we are extremely proud to have Andrew as a member of our Etihad family.”

New Zealander Andrew, who joined Etihad Airways in 2007, and who has a passion for studying airline route networks and schedules, meticulously charted his journey. He targeted the record for over 20 years, and was first keen to attempt to break it as a teenager.

“With the advent of new longer range and fuel-efficient aircraft over the years, airlines have been able to introduce non-stop long haul flights and add frequencies that facilitated my record-breaking attempt,” commented Andrew.

“Planning the trip was a matter of identifying the most suitable qualifying antipodal city pairs and then finding the best routes, schedules and tightest possible connections within the right window of opportunity.”

Andrew had a few words of encouragement for those pursuing their ambitions: “Never give up on your dream no matter how unrealistic it might seem to others. Take every opportunity to follow your passion.”