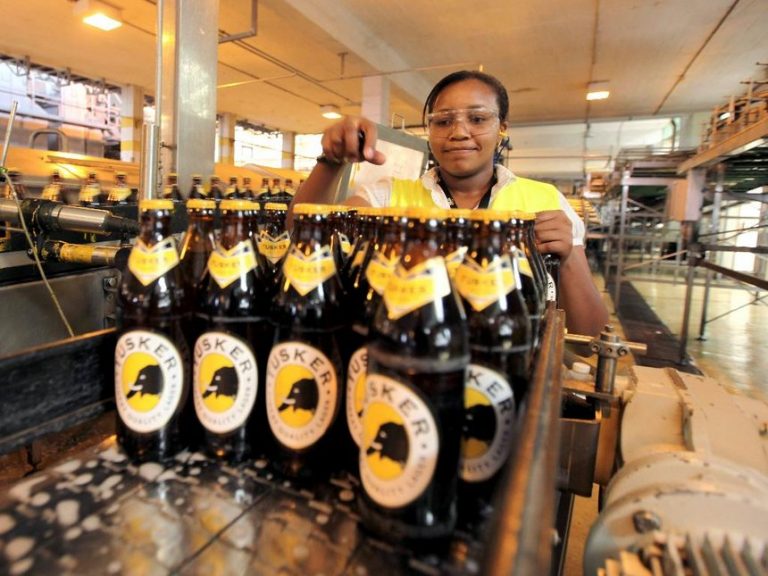 Last year, the company had recorded a FY profit of Ksh7.3 billion.

The beverage makers also reported a 12% growth in net revenue to Ksh82.5 billion.

In financial results released on July 26, the firm said that growth was supported by broad-based performance across markets and segments.

“Year-on-year performance in the first half benefited from lapping a weaker previous period, due to uncertainty resulting from two presidential elections in Kenya,” the company said.

It added, “A combination of higher volumes in bottled beer and mix improvement across brands and categories delivered higher margins.”

Net sales in bottled beer grew by 8% while Senator Keg sales were up 32%.

The Group’s mainstream spirits performance expanded by 23%, with Scotch whisky up by 21% which EABL attributed to East Africa’s growing segment of aspirational consumers.

EABL Group CEO, Andrew Cowan, said: “This performance is a result of a sharpened strategic focus in the financial year, which has helped us leverage a more positive external environment, compared to the previous period. The achievement of this growth should set us off on a sustainable trajectory to deliver a better, broad-based growth across categories and markets in East Africa, where we continue gain returns on our investments and generate shareholder value.”

Bottled beer performance in the country recovered during the period, returning 3% growth. The market was also boosted by marketing campaigns such as Guinness Fanzone, Formula 1 with Johnnie Walker and Smirnoff’s Battle of the Beats.

Uganda’s net sales increased by 8%, largely driven by the double-digit growth in premium and mainstream beer, at 24% and 33% respectively.

“Serengeti’s Lite with a Bite Promotion and activities around the National football team sponsorship were the key highlights of marketing and commercial e*******n in Tanzania,” the firm said.