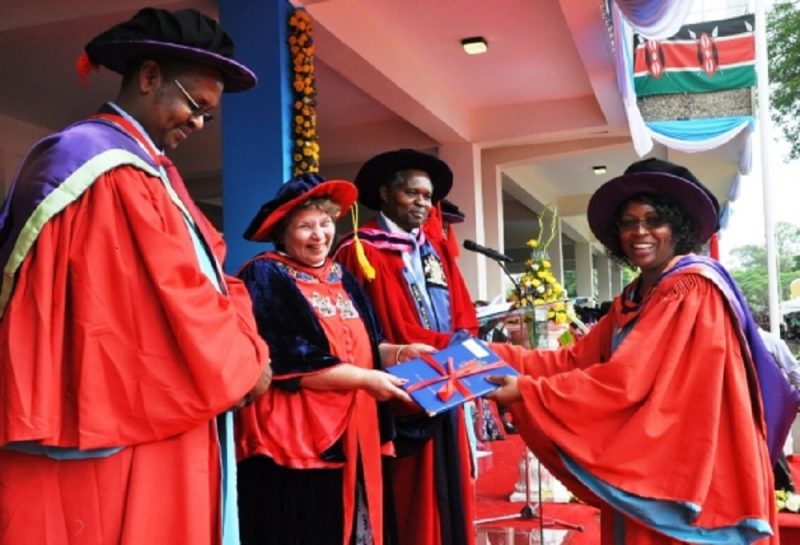 Kenyan university lecturers are rushing to get doctorate degrees as a deadline looms for staff teaching in institutions to have the qualification.

The Commission for University Education (CUE) in 2015 set the deadline for attainment of the qualification before early 2018.

The directive prompted a majority of the lecturers to enroll in full-time and evening classes to meet the CUE requirement.

Some of those interviewed on Tuesday, however, expressed concern that the deadline may be missed given the low completion rates at local universities.

Overburdening of examiners and lack of adequate infrastructure for doctoral courses have been cited as some of the causes of low completion rates.

It takes nine years to complete a PhD, and about four for a master’s degree in Africa.

In Kenya, most university lecturers are experienced in their fields of study but lack doctorate degrees.

Carlos Ombonya, who is pursuing his PhD at a university in Nairobi, expressed fears that he may not meet the deadline as he is working on a project.

“I am doing research and this is my second year but I am barely half into the work. I am hoping to be done early 2019,” he said.

Ombonya, however, lauded the directive, noting that some university dons had stayed for years without getting the degrees.

“Some have never published a research in journals. Such dons are a letdown to university education,” he said. “As a PhD holder, you must lead by example, showing the kind of academic work you have published and latest research and innovations you have come up with to build the country.”

Laura Kimani, a lecturer who recently acquired her PhD, concurred.

“This directive by CUE was good as it will not only enhance quality teaching in universities,” she said.

Some dons, however, are opposed to the directive, saying the quality of teaching offered by a university lecturer should be pegged on experience and not number of academic papers acquired.

“It’s not about acquiring new knowledge. I have enrolled for a PhD so as not to be kicked out of class. Otherwise I’m an experienced lecturer. I have taught for three decades,” said a lecturer who sought anonymity for fear of victimisation.

According to the CUE, last year, Kenya produced a paltry 230 doctorates, against a target of 1,000. The country has a total of 71 universities, both public and private.

CUE chairman Chacha Nyaigotti-Chacha said the deadline remains in force, and from early 2018, “only lecturers with a PhD will be allowed to teach in universities.”