Dennis Itumbi (second from right) and Co. would still face the axe even if it were William Ruto in State House. [ Photo / Itumbi-Facebook ]

I haven’t said a word about the firing of my friend Dennis Itumbi (from the Presidential Strategic Communication Unit). Now I will. I will not celebrate the dismissal. I have been sacked from a job and I know its the weight. As you may also know, many of you are hear courtesy of Dennis. Itumbi is a hard worker in whichever end he works from.

But likewise, I will not be critical of the sacking. Actually, if I were Government I would probably have fired him a long time ago. And I am not just typing this, I am saying what I would tell him one-on-one.

Dennis was a senior director (Digital Innovation and Diaspora Communication). A fairly big post in Government. In a country where more than 70% of his contemporaries are jobless. I don’t know how you would have worked if you were in that position but certainly, you wouldn’t do it the way he did.

I am sure it was a job with a job description, but it can’t be what Dennis was.

Civil servants don’t and should never enjoy the latitude that Dennis had. A government worker is required to serve the government of the day. And I mean the whole government. A civil servant may have opinions about a government and its leaders but being in government means you can’t just be blatant in your expression.

Dennis decided not only to work for one wing of the government but to totally undermine the other. Private bloggers may do that. Part-time Facebookers like me may do that. We have other things to do.

See >> Seven Mistakes that Can Kill Your Career Instantly

A government employee can’t openly join and take sides in an altercation between the President and his deputy.

He may take sides behind closed curtains but strictly observe loyalty. Dennis and Co. would still face the axe even if it were William Ruto in State House.

Dennis was not a blogger but a civil servant. If all civil servants were to take the route he took there will be no country tomorrow.

NEXT >> Can High-Speed Internet Keep Kenyans in the Houses? 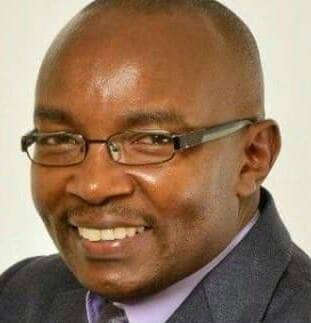