Former Treasury Cabinet Secretary Henry Rotich. The Kimwarer and Arror Dam Scandal in which he is an accused has been temporarily suspended.

The High court has temporarily suspended the prosecution of former Treasury Cabinet Secretary Henry Rotich following an application filed by one of the accused persons charged alongside the beleaguered former CS in the Kimwarer and Arror Dams Scandal.

Richard Malebe one of the accused individuals had filed an application seeking orders for suspension of the prosecution arguing that the Directorate of Criminal Investigations (DCI) had violated his rights during the arrest in July 2019.

Trial Magistrate Douglas Ogoti granted his prayer but observed that the ruling aligns with the status of the cases of the other accused persons effectively letting them off the hook for a while.

The case will be mentioned after 30 days.

The suspension deals a blow to one of the most high profile corruption cases in the country.

Rotich and his former Principal Secretary Dr. Kamau Thugge together with 26 others were arrested over the highly politicised Ksh63 billion Kimwarer and Arror Dams Scandal.

They were charged with abuse of office, conspiracy to commit an economic crime, conferring a benefit and single-sourcing for the insurance of the projects, and approving payment contrary to the law.

They however plead not guilty.

The former cabinet secretary, a Harvard University-trained economist and a former International Monetary Fund (IMF) employee is now one of the most unpopular government officials in the eyes of the public after presiding over the current economic mess that the country finds itself in.

Rotich is accused of being ‘a yes man’ for failing to put the brakes on the Jubilee Government’s insatiable borrowing appetite that has sunk the country into a Ksh6 trillion debt with nothing substantial to show for the colossal debt amounts and presiding over massive corruption in the executive. 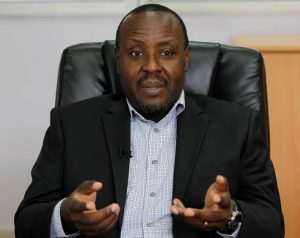