Chief Justice David Maraga has effected changes within the High Court, which has seen several judges moved to new stations.

The highlight of the reshuffle is the transfer of Justice George Odunga from the Judicial Review Division in Nairobi to the Machakos High Court as the presiding judge. Justice Odunga was in the news for much of last year for his landmark decisions on the electoral process, which went the Opposition NASA’s way in the process causing disquiet in the Jubilee administration.

At one point, Leader of Majority in the National Assembly threatened to have him censured, claiming he was biased in favour of the Opposition.

His transfer comes despite the Judicial Review Division being ranked as the best last year.

The Judiciary Performance Management and Measurement Evaluation report said the Odunga-led division, which is based at the Milimani Law Courts, was the most efficient and faster in hearing and determining cases.

“Justice Odunga’s division was rated the best performing High Court station in terms of service delivery. Despite having more than 500 initiated cases, the report found that judges in the division were able to determine them within 60 days after final submissions,” said the report. He was awarded with a certificate by the Chief Justice.

While his transfer may not have been politically influenced, it has already sent tongues wagging on social media.

Here is the full list of transfers announced by High Court Principal Judge Richard Mwongo on behalf of the CJ: 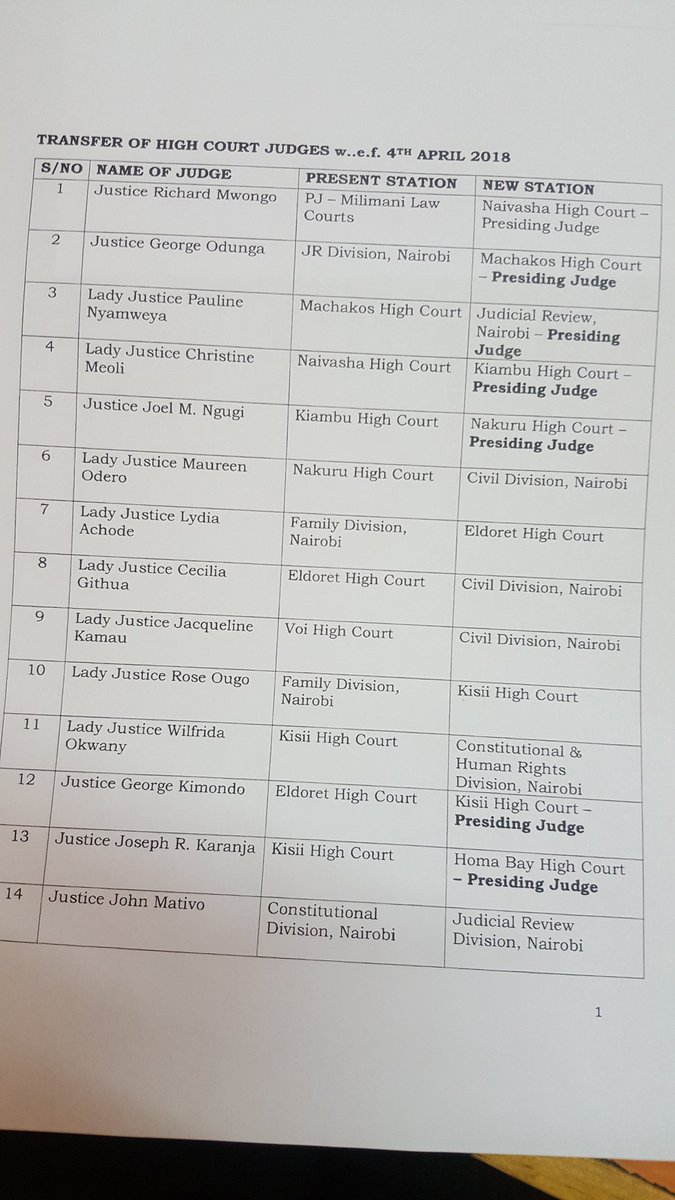 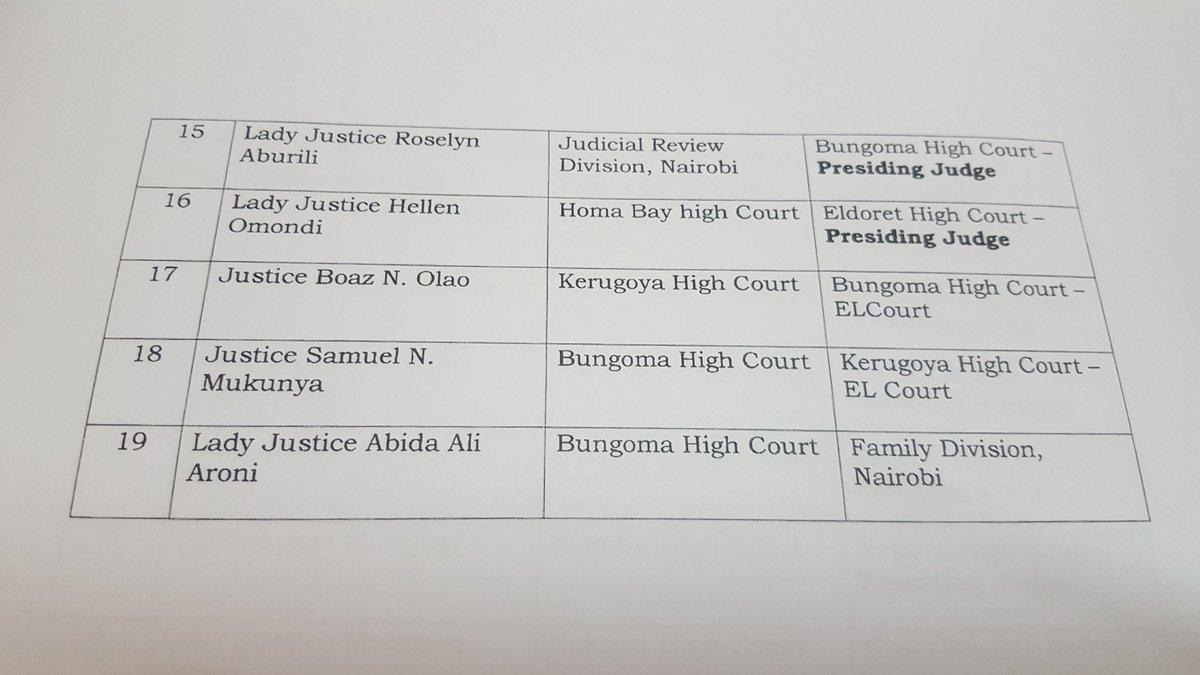