A photo of Gumato Yatani. She has been appointed to two govt boards on the same day

Acting Treasury Cabinet Secretary Ukur Yatani’s wife has been appointed to two state jobs on the same day lifting the lid on how senior government officials trade favours that see their relatives and cronies get appointed to plum government jobs at the expense of deserving Kenyans.

In Gazette Notice No 10759, Education Cabinet Secretary George Magoha has appointed Gumato Ukur Yatani as the chairperson of the Jomo Kenyatta University of Agriculture and Technology (JKUAT) Council for a period of three years effective November 8, 2019.

Industrialisation and Trade Cabinet Secretary Peter Munya has also appointed Ms Yatani as a member of the Taskforce on Standards and Quality Infrastructure Reforms through Gazette Notice No 10758.

Ms Yatani’s appointment to two jobs on the same day shows that the acting cabinet secretary could have asked his two cabinet colleagues to appoint his wife to a plum job but they accidentally gazetted the appointments on the same day exposing the backroom deals.

President Uhuru Kenyatta has appointed John Konchellah as Chairperson of the National Environment Management Authority (NEMA) for a period of three years following the implication of Geoffrey Wahungu in the Arror and Kimwarer Dams Scandal while Agriculture Cabinet Secretary Mwangi Kiunjuri has appointed 13 people to serve as members of the Implementation of Miraa Taskforce Report.

After the online furore, Mucheru appointed Kochalle’s wife to the position reserved for her dead husband.

Charity Kochalle was appointed to serve for a period of three years. 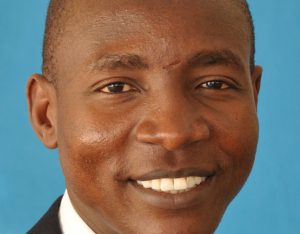