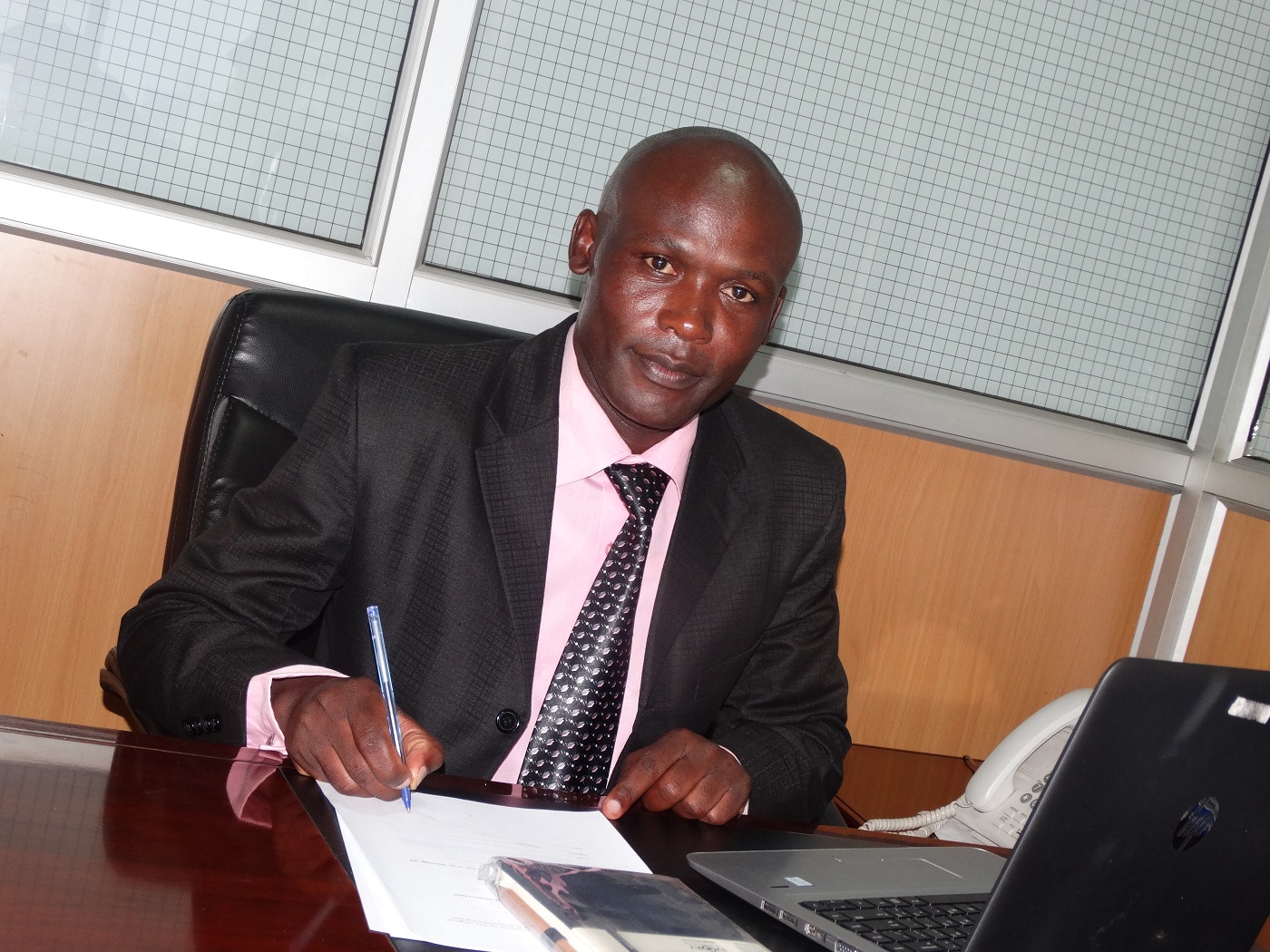 Mr Andrew Osundwa says by the time he cleared college, he had secured his first job as a secretarial assistant in government. [ Photo/ executivesecretrary.com ]

I thought you had some mind, but now I believe you do not have any.  Those were the heartbreaking words from Andrew Osundwa’s father when he revealed he would be studying a secretarial course after his National Youth Service (NYS) training.

Couldn’t he have chosen a ‘better’ course like engineering or business administration? His late father must have asked himself, feeling let down, since he had chosen a course associated with women and, in real sense, dominated by ladies.

The father wanted to brag to his peers of how his son was pursuing a ‘strong’ course in college, but now he couldn’t. His son was studying a ‘feminine’ course. Soon he became the laughing stock of his friends and family.

A man can do better

In fact, speaking to Business Today, Mr Osundwa affirms that the rejection affected him and at some point, he almost dropped the course.

Soldiering on, Mr Osundwa joined a class that had 11 men and 30 ladies but by the end of the course, which took three years, only two men remained in the class.

Mr Osundwa says by the time he cleared college, he had secured his first job as a secretarial assistant in government. Those who laughed at him started respecting him.

In his class, he was chosen to be the class representative. As if that is not enough, he became the student association’s president.

Things looked brighter for him, and he could now face those who mocked him a couple of years before he joined college.

He also remembers inspiration from his sister, who sent home a typed letter, which made him develop an interest in documentation. “I thought it was my sister’s handwriting,” he recalls.

Things moved faster for him, and he found himself rubbing shoulders with the high and mighty. His first high profile person to work with was former Commissioner of Cooperatives, Mr Philip Gichuki.

“Gichuki encouraged me to further my studies and do something unique. This is the time I did my undergraduate in Business Management, and thereafter my master’s. It was such a milestone,” he says, all smiles.

His star was shining bright, and he was going up the ladder so fast.

But this did not mean the path would be smooth all the way. In fact, as he says, he faced more rejection, as people in most offices wanted to work with women. The myth that being a personal assistant you must be a woman had taken root even in the big offices.

In a parastal he was posted, a high ranking manager rejected him and ordered his removal from the office after just an hour. He did not want a man as his personal assistant (PA).

Mr Osundwa was moved to another office, where he worked so well that the manager who rejected wanted him back. Mr Osundwa paid back in kind by declining. “I took leave to avoid going back to his office,” he says.

He was posted at the Office of the Director of Public Prosecution (DPP), which posed another challenge. His work entailed more of legal duties, and he had to learn a lot to adapt.

Late last month, Mr Osundwa was recognised as the Personal Assistant of the Year, East Africa, by the Africa PA Magazine. “Winning the PA of the Year 2019 award serves beyond merely motivating me,” he says, “it will ignite the passion amongst my peers and mentees to work hard and also be recognized.”

Currently, Mr Andrew Osundwa works as a PA to Prof Paul M. Maringa, the Principal Secretary, State Department of Infrastructure, a position he has held for the last 10 years.

READ >> Who Will Rescue the Kenya RedCross from Financial Ruin?

He has been the chairperson of the Kenya National Secretaries Association since 2017, which has a membership of 5,500. However, the association estimates that there are currently over 100,000 professionals in the country.

Mr Osundwa says he has developed the Secretaries Professional Bill 2019 to streamline the profession, which is awaiting cabinet approval before being taken to Parliament.

He says that the habit of government documents and secrets leaking is as a result of unprofessional and unethical personal assistants, and lack of regulation to govern one of the oldest professions.

To all in the profession and those hoping to join it, he says, “Dreams are valid, but always remember to observe professionalism.”

The report explores job market trends in the country and offers forecasts.