Uber and Bolt, which boast more than 1,500 female drivers collectively, have recently had a raft of updates to their software to offer heightened security to both riders and drivers. [ Photo / Uber ]

As competition in the online cab-hailing scene gathers storm, the industry’s attention is fast shifting towards the security of cab drivers and their riders.

Of note are the features that the various cab-hailing operators offer and how they are tailored to ensure female drivers are safe when at work.

In an industry that has seen a lot more female entrants, security now takes the centre stage. The big players, Uber and Bolt, which boast more than 1,500 female drivers collectively, have recently had a raft of updates to their software to offer heightened security to both riders and drivers.

However, in light of the security situation in Kenya, are such conference promises by the tech companies enough to ensure female taxi drivers are secure?

Everyone in the industry admits the need to address both emerging and existing safety concerns. The sub-Saharan operation of Uber recently hosted a conference in Nairobi to facilitate a discussion on topics surrounding security.

Before the conference, Uber had unveiled an updated safety toolkit for both the driver-partner and rider apps in October 2018.

According to female cab drivers, however, the update falls short of addressing the concerns they raised: safety while driving into traditionally insecure neighborhoods and sexual harassment and even assault by male riders.

The toolkit’s safety centre provides details about the driver, including details on how a rider can contact the app’s round the clock customer service whenever in distress. It, however, does not inform the driver of the clients’ background, a serious oversight considering that a rider too may have a questionable background.

According to Pricilla Mungai, one of the female cab drivers this writer talked to, Uber puts more emphasis on sharing trip details, trusted contacts, and speed alerts – issues that she deems important but not as critical as informing the driver about the dangerous locations.

“It is helpful to share information with my loved ones about where I am and what speeds I am doing,” she said. “However, I feel Uber needs to do more to include important information just as they do with the traffic conditions of the roads we use,” she added.

The Bolt driver app, whose features are a little different, has an SOS button in the place of Uber’s safety toolkit. This feature is a panic button that allows the driver to report any insecurity incidents.

Like Uber’s kit, however, it does not apply technology comprehensively to address the pertinent issues the drivers raised.

Feedback from the Conference

From the conference held recently in Nairobi, players seem keen to put extra efforts to make the cab-hailing scene a lot safer.

The Uber Director and General Manager for sub-Saharan Africa, Mr Alon Lits, disclosed prior to the conference that the aim was to bring players together to apply both current and emerging technologies to create spaces that are safe, accessible, and that stand for social justice and equality.

“We believe that technology can make travel safer than ever before,” Mr Lits said.

He added that Uber is constantly exploring innovative products that improve the safety of both drivers and riders using its app.

While the conference only sparked conversation, female drivers will have to wait and see if more features that make their workplaces safer will emerge as a result.

Other Players Rushing Along Innovation?

While Bold and Uber are deliberating, another startup that is making inroads in the African cab-hailing space has adopted a different approach. Onde stands for On Demand Services is a mobility tech company that builds apps for entrepreneurs that want to go into cab-hailing business.

The Belarus-based company hopes its approach to building custom cab-hailing apps will make it easy to incorporate all the features a customer thinks should be included. While the company is still new, its innovations are catching on.

See >> Videos that Most Kenyans are Watching on YouTube

It already has more than 100,000 drivers across the apps it has built. These drivers serve wide-ranging markets from Afghanistan to South Sudan serve at least one order per month. These stats are nothing compared to what Uber and Bolt are raking in.

However, if Onde’s innovation can bring the much-needed safety, especially for lady drivers, then hoping that they make forays in the Kenyan market and waiting upon their solutions seems like the best shot at the moment.

However, Uber is in the Kenyan market already and if it can follow through with its promises from the conference and bring better features, then female taxi drivers will be a delighted lot. 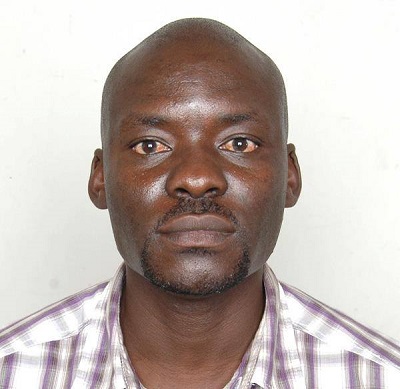 Daniel Ayuko is a freelance journalist who writes about disruptive technologies such as blockchain and big data. When he isn’t writing, you will find him either coding or napping. Every once in a while, he plays football. He also is an avid reader of books in the tech genre. And, just like Pandas, Daniel is huge in China, or so he hears! Email: [email protected]

Daniel Ayuko is a freelance journalist who writes about disruptive technologies such as blockchain and big data. When he isn’t writing, you will find him either coding or napping. Every once in a while, he plays football. He also is an avid reader of books in the tech genre. And, just like Pandas, Daniel is huge in China, or so he hears! Email: [email protected] 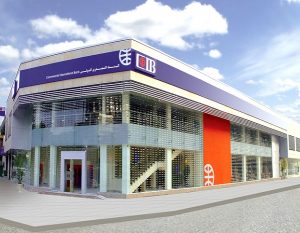