Olympic Champion David Rudisha's Toyota V8 after a road accident on 25/8/2019 at Kegosi on Keroka Sotik Highway. The vehicle was towed to Keroka Police yard.

Everything seems okay, everyone is excited to go upcountry and meet Grandma. Everyone gets in the car, a fairly new vehicle with a full tank ready to hit the road.

But there is something everyone seems to forget, car manufacturers install safety belts for a reason but ignorance is our third name and identify by it, so instead of taking a minute to strap up, the kids are happy to use that minute to open up the army of snacks they have brought with them.

Dad is preoccupied with a phone call from grandma who cannot wait to see her son who only comes around once a year.

Meanwhile, mum is using the rear-view mirror to line up her lipstick, another insult to the work of the car manufacturers who for all purposes did not envisage that it would be used like that.

What is the role of the parent in car safety if they cannot teach their children the most basic travelling rule, they have even forgotten to say a word of prayer before they leave.

As the car wheels away, mum is in her element, she is cracking jokes leaving everyone in stitches telling the children for the umpteenth time how she met with dad. The children love that story because somehow they manage to squeeze out new jokes every time the story is told.

Because of time pressure, dad is stepping on the gas like never before, the speedometer has ticked 100 kilometers per hour before another phone call from Uncle Sam.

Umefika wapi bana? Kila mtu Anawaulizia (How far out are you, everyone is asking for you, they can’t wait to see you).

Uncle Sam shouldn’t have, the need for speed has become greater, the highway is there for the taking so the speed is adjusted up to 120 kilometres per hour.

The youngest son called Kababa is an adrenaline junkie and cheers on as dad races against time.

Stephanie, the teenage daughter is seated on the other front seat, she is the most withdrawn of all, she turns up the car radio volume app and boom, its Bazokizo playing, everyone’s favourite song, the sing-along follows and before we know it , the whole family is sucked into the frenzy.

Halfway the journey, dad is spreading a hand on his belly and asks everyone if they should pull over so some Nyama Choma (roast meat) which is more or less a rhetorical question. It is written in the Kenyan constitution that families must stop for Choma, Ugali and Kachumbari as they travel.

As mum and kids dig in, dad fakes receiving a phone-call and heads straight to the bar at the corner and gobbles on two beers which are ostensibly supposed to help him “focus” for the remainder of the journey.

Matthew is now ready to go back, have one more bite and continue with the journey.

Before they leave, mum notices a smell that is not so foreign, she asks him about it, he says nimechapa kidogo (I’ve taken one for the road).

Off they go. Liz is used to her husband drink-driving nature, she has never been worried about it but this time round she is uneasy, her gut feeling smells something deeper behind the smell of hops.

But she ignores it since she trusts her husband and because gari inajua nyumbani (the car knows its way home).

Matthew is feeling extra-confident, his watery eyes firmly on the road and every other driver is stupid except him.

Then comes the trailer headed for Nairobi,its driver has not slept for two days and has been chewing on miraa to mitigate the effects of the arreas.

They are both over-confident and because the trailer wants to overtake, it gets into Matthew’s lane. Stupid truck driver.

Matthew’s ego is never tested, he accelerates and before they know it ram into each other in what turns out to be a grissly road accident.

It is the news correspondent’s happy day.

Breaking News: Four people have died and two others critically injured after two cars crashed on the Naivasha- Nakuru Highway this morning. According to witnesses, the truck headed to Nairobi and the Kericho bound SUV collided at around 11 am this morning. We will keep you updated as more details trickle in

Matthew, Stephanie, the truck driver and his passenger are pronounced dead on the spot.

Liz is injured but kababa is hanging on by a thread. They are both rushed into the trauma wing of the nearest hospital.

Suttures, suction and the gifted hands of the trauma surgeons cant save the young boy. Liz is informed of his death.

She breaks into tears so loud that doctors have a hard time calming her down. At the back of her mind she recollects how it ended up that way from failure to use safety belt to ignoring her dead husband’s drunkenness.

But is already too late. The doctors have told her, “There is nothing more we could have done”.

She could have stopped the accident but she didn’t. The events of that day will haunt her for the rest of her life. 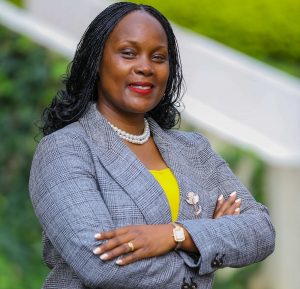