Analysts say there is a worrying mismatch that is not supported by the balance of payments method of valuing a currency.

The purchasing power of Kenyans was eroded by 50% over the last ten years, increasing the cost of living and leaving many people with less cash to spare. Analysts say Central Bank of Kenya could be tweaking the currency instead of letting market forces discover its true value.

A report by Amana Capital, Kenya’s Economic Puzzle – Putting the Pieces Together shows that 10 years ago, the Consumer Price Index (CPI) stood at 97 but has since shot to 192, meaning that the value Ksh100 could buy in January 2009 can only buy 50% of that now, translating to a 50% devaluation of the purchasing power.

Interestingly, the shilling’s exchange rate, which was at 72 in January 2009 and currently stands at 99, brings out a slightly different economic trend. The variance represents only 20% devaluation of the currency in the 10 year period, meaning the Kenya shilling is over-valued by 30% on a purchasing power parity basis.

The analysis shows Kenya has been operating a managed shilling than a free float currency, running the risk of making exports more expensive in the short run, which would eventually reduce export earnings and constrain economic growth.

If according to the CPI Ksh100 in 2009 can buy goods worth Ksh50 in 2019, then based on the exchange rate the same amount should afford goods worth Ksh80 in 2019. Analysts say this is a worrying mismatch which is not supported by the balance of payments method of valuing a currency. There is only Ksh500 billion in export earnings versus Ksh2.5 trillion in import expenditure and Ksh2.7 trillion in foreign debt even if you factored in investment flows and diaspora remittances.

Mr Reginald Kadzutu, the Chief Investment Officer at Amana Capital, said the report provides an in-depth analysis of the facts and figures for the country’s economy focusing on six key elements: debt, balance of trade, employment, fiscal policy, currency and interest rates in a holistic manner.

“How these six elements blend together and the potential threats they present should not be underestimated as they impact the overall outlook of the economy,” Mr Kadzutu said.

[ READ: In rebrand, radio station switches from Swahili to vernacular ]

The report argued that the country’s debt, which stood at Ksh5.2 trillion as of December 2018 has changed from being a productive debt to unproductive one as it is not adding to the productive capacity of the economy. It added that this will create a net burden resulting towards a sharp increase in taxation. In a span of five years, the debt structure has also changed with domestic debt standing at 54% and external at 46% in 2013 and 48% and 52% respectively in 2018.

[ NEXT: A customer lectures banks on what to do in the face of M-Pesa onslaught ] 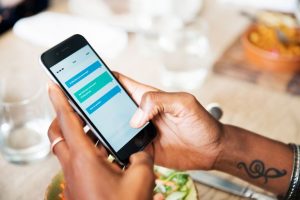 How your data bundles are gobbled up to make advertisers richer
When you visit a news website with massive following, a…