It may not have been the best week for telco firms Airtel and Telkom, but shareholders of rival mobile phone operator Safaricom will have something to talk about.

During the Safaricom AGM on August 30, the listed firm’s shareholders approved what is now the company’s record Ksh74.92 billion dividend payout.

The dividend, recommended by Safaricom’s board of directors during the release of the company’s full year results, consist of a special dividend of Ksh0.62 per share and a final ordinary dividend of Ksh1.25 per share.

At a total of Ksh1.87 a share, the overall dividend constitutes a special dividend worth Ksh24.84 billion and a final ordinary dividend totaling Ksh50.08 billion.

Safaricom acting chief executive Michael Joseph, who took over from Bob Collymore when the Guyana born UK businessman passed on at the start of July, said he was proud that the dividend had now paid out shareholders’ return on investment.

“I am proud that the company has consistently paid out an increased dividend to shareholders since going public in 2008 and we have now paid out more than the KES 5 that the investors spent buying the shares,” said Joseph.

The company’s annual report stated that Safaricoms total shareholder return on stock since listing had appreciated by 601%.

Michael Joseph was the founder CEO of Safaricom in 2000, and was in charge when the company listed at the Nairobi Securities Exchange (NSE). In 2010, he was succeeded by Collymore, who oversaw the continued growth of the telco as the most profitable company in the region.

The telco’s performance was largely driven by revenue generated from M-Pesa which grew 19.2% to Ksh74.99 billion while service revenue grew by 7% to Ksh240 billion.

The approval of the record dividend payout by Safaricom comes in the week when more doubts were cast over the merger between Airtel and Telkom.

In reports from the Nation Media owned Business Daily, the merger, which will see the two telcos form one unit as Airtel-Telkom, was suspended by the Communications Authority of Kenya (CA).

The regulatory body’s suspension came on the back of a request from the Ethics and Anti-Corruption Commission (EACC), which is probing the circumstances under which the merger deal was brokered.

“We have advised the parties that, in light of government shareholding in Telkom Kenya, approval shall only be granted once all the conditions set out by the [Communications] Authority are fulfilled and the transaction is cleared by the EACC,” the CA director in charge of communications and public affairs, Christopher Wambua was quoted.

New Prefixes for Airtel Kenya as Telkom Shys Away

As per the Business Daily report, officials lined up for questioning by EACC include senior managers at Telkom Kenya, the Treasury, the CA and the Competition Authority of Kenya (CAK).

It was, however, not all doom and gloom for Airtel as during the same week, Kenya’s second largest mobile phone operator by subscription base announced it would be the first to roll out new prefixes.

The new mobile phone numbers series includes are 0100, 0101 and 0102. Airtel Kenya said it had been granted three million of the five million new prefixes announced earlier in the year by CA.

“We are glad to be the first telco to roll out the new prefix numbers and we urge Kenyans looking for new connections to visit any of our SIM selling outlets or Airtel shops and get their new numbers. The new Airtel numbers will be 4G enabled,” said Airtel Kenya CEO Prasanta Das Sarma.

Telkom Kenya, in anticipation of concluding the merger with Airtel, did not apply for the new prefixes.

Safaricom meanwhile also told shareholders at the AGM that the firm intends to spend over Ksh36 billion this financial year in rolling out an additional  2,030 4G and 4G+ base stations. “Part of the reason why we want to rollout in more areas is to ensure that, beyond the numbers we will get, we carry everyone along in providing access to affordable, quality, high-speed broadband,” said Michael Joseph. 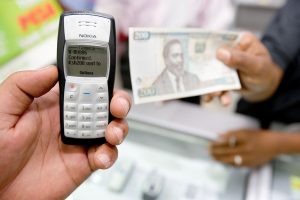