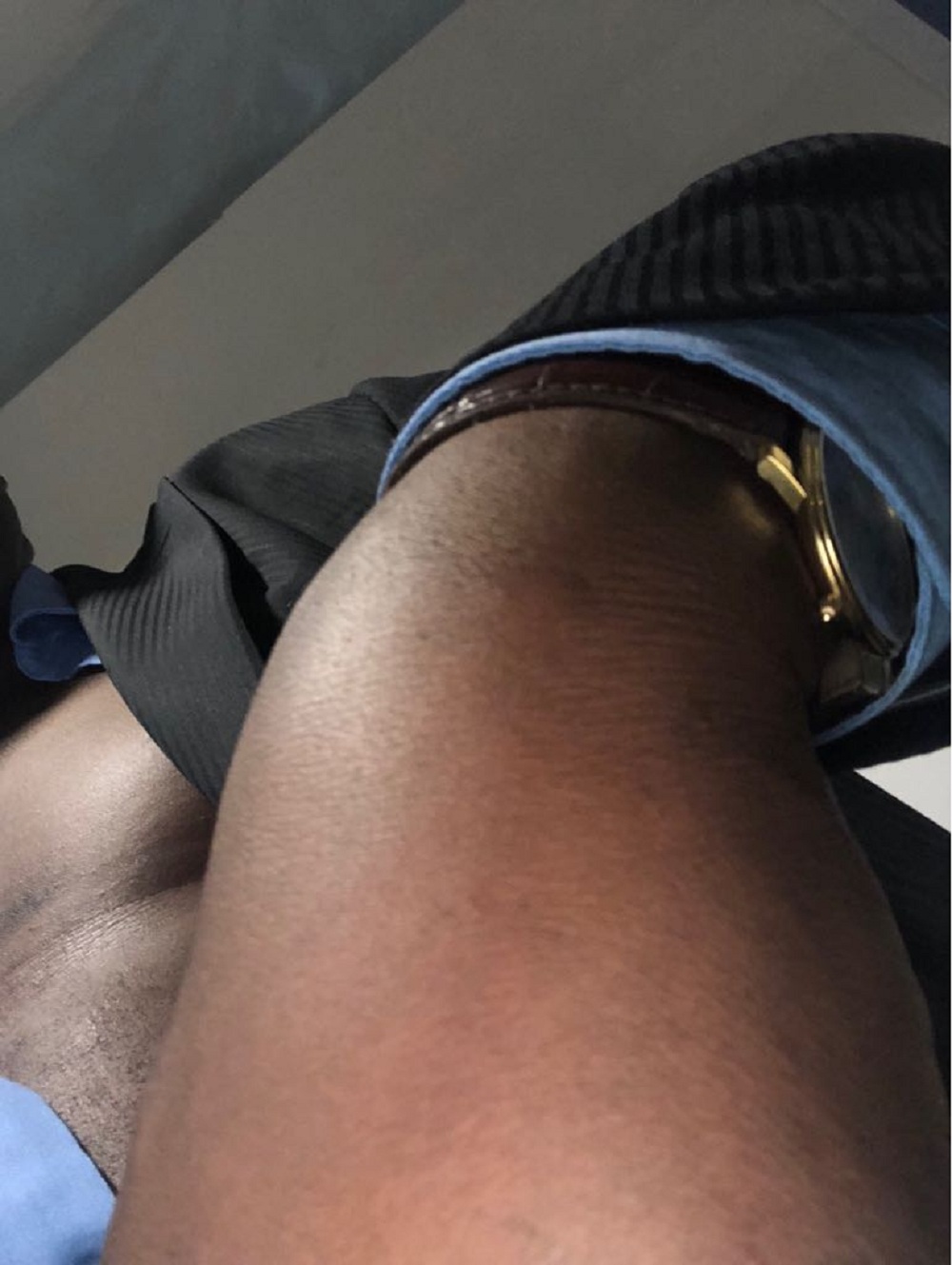 Lawyer Miguna Miguna is admitted in a Dubai hospital after falling i*l following his forced deportation from Kenya on Wednesday night.

Miguna was picked from the Dubai International Airport by Canadian embassy officials after he wrote on his Facebook page that he had fallen i*l after being dragged from a toilet at Jomo Kenyatta International Airport, assaulted and d*****d before being bundled into an Emirates flight that arrived in Dubai at 5.30am.

Earlier, Miguna had refused to leave the airport, saying he cannot fly to London as a Mr Njihia was demanding without his Kenyan passport.

He is receiving treatment at the Sheikh Rashid Hospital. Photos on social media indicate the fiery lawyer being wheeled into the facility.

In Nairobi, Justice George Odunga demanded that Interior Cabinet Secretary Fred Matiang’i, his PS Gideon Kihalangwa and Inspector General of Police Joseph Boinnet must appear before him for sentencing after he found g****y of contempt for failing to surrender Miguna to court.

State lawyer Charles Mutinda told court that he and his colleagues were unable to reach the trio an assertion to which Miguna’s lawyer Cliff Ombeta objected.

“I am prepared to hear you as long as your clients speak about bringing Dr Miguna to this court,” said Justice Odunga as he gave the State lawyers more time to reach them.

Here is the statement issued earlier by Miguna  from Dubai International Airport regarding the circumstances surrounding his deportation.

“I am at the passenger waiting area at the Dubai International Airport.

I have gone through basic tests which have confirmed that I was forcefully placed aboard EK722 Emirates Airline flight from Nairobi to Dubai that arrived this morning.

About 50 heavily a***d thugs led by the uniformed Somali policeman who had commanded them on Monday, violently broke into the toilet I had been d******d incommunicado in at the Jomo Kenyatta Airport, didn’t identify themselves, wrestled me to the ground, held onto and sat on me as a group of four different thugs injected substances to both my soles, arms, hands, both sides of my ribs and basically all over my body until I passed out.

Today, at around 5:25am, after the Emirates had landed and passengers were disembarking, I regained consciousness and asked a person seated next to me who also appeared like a flying squad officer, “where are we?” He told me that we were in Dubai.

Three burley men dressed in Air Emirates yellow reflector jackets approached me and rudely demanded that I disembark from the plane.

The most obnoxious one introduced himself as “Njihia”, he claimed that a bunch of loose papers he held in his hands were my “documents.”

I explained to him that I wouldn’t go anywhere with him; that he didn’t have my valid Kenyan passport and that he is a c******l who had not only abducted, d*****d and forcefully removed me from Kenya against my will and in violation of numerous court orders.

Despite their desperate attempts to force me to the police station and/immigration department at Dubai, I refused and demanded to see a medical doctor.

After much wrangling, I was granted access to a doctor who conducted basic medical tests and confirmed my story.

Additional toxicology tests would require exiting the airport, which I can only do with my valid Kenyan passport – a document the despots illegality confiscated and destroyed in violation of Justice Kimaru’s order.

I have severe pain on the left side of my chest, my left wrist, my right elbow and my feet.

I believe that the despots must have injected me with noxious substances.

Anyway, I have made it crystal clear to the United Arab Emirates immigration authorities that I cannot and will not fly anywhere with them except to Kenya.

I have refused to leave the international section of the airport.

I will and must return to Kenya as a Kenyan citizen by birth as various courts have ordered.

I had planned to give a v****m impact statement during Matiang’i’s, Kihalangwa’s and Boinett’s sentencing by Justice Odunga. I hope that I will be given a chance to do so soonest.

I am innocent man. My only c****s are that I swore Raila Odinga in as The People’s President on January 30, 2018; I head the National Revolutionary Movement (NRM) in order to bring electoral justice, end bad governance and accountability in governance and we are determined to remove the despots from their illegitimate positions of power!

As I return to Kenya either today or tomorrow, I strongly encourage all patriotic Kenyans to remain firm, focused and fearless in the face of an outlaw, authoritarian and illegitimate regime of Uhuru Kenyatta and William Ruto.

The despots must fall.

No retreat! No surrender!
Forward ever!