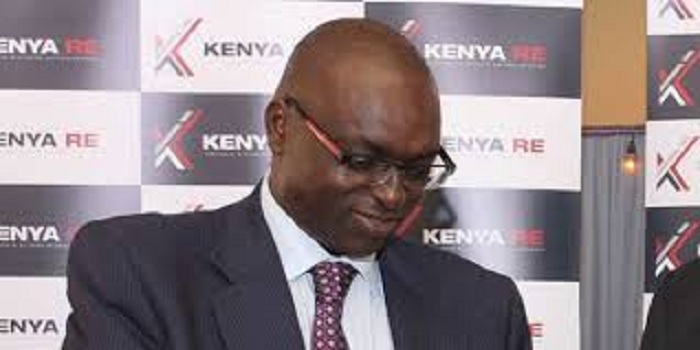 Kenya Reinsurance Corporation recorded 9% growth in net profit to Ksh 3.5 billion in the year ended 31st December 2017.  Its asset base also increased from Sh 38.4 billion in December 2016 to Ksh 42.7 billion.

Speaking during the release of the annual results, Kenya Re chairman David K. Kimei said the results reflected continued growth within the corporation and attributed the achievement to good team work and cooperation among the management.

At the same time, Kimei cited tough competition as the key factor that marked the decline in the corporation’s market share.

“Over years the reinsurance market has become intensely competitive with more reinsurers eyeing the same piece of cake. We were also affected by the setting up of national reinsurance companies in neighboring countries such as Uganda, Tanzania and Ethiopia that has led to a decline in our market share’’ said Kemei.

He added that “Kenya Re will incessantly endeavor to achieve better results in the coming years through leveraging on new opportunities from expanding regionally, opening new markets as well as building on Kenya Re’s products and services portfolio that contributes to Kenya Re’s competitive edge and financial growth.”

Mbeshi added that the exceptionally good financial results for the year 2017 are as a result of  implementation of a five-year corporate strategy and efforts made in expanding the reinsurer’s business reach both locally and internationally.

“Through the implementation of the five year corporate strategy, Kenya Re has managed to maintain financial stability, improve on business processes, enhance business development, manage risks and strengthen institutional capacity and that is clearly reflected on the results we are releasing today,” he said.

Mbeshi extended his gratitude to the shareholders for continuously placing their trust in Kenya Re and its Board of Directors as well as the management team year after year.

Kenya Re prides itself in offering world-class reinsurance services and offering its shareholders immense value. With the competition mounted in other regions, Kenya Re is learning as much as possible from the market and providing customer centric solutions to its clients.

The company has strategically placed itself as one of the vehicles in the financial service sector that are important in the realisation of Vision 2030.