Corruption, Tribalism, Nepotism. They come fast to your mind when asked the biggest problems ailing the Kenyan Nation.

Many setbacks stall Kenya’s development and dream of achieving nationhood. However, the least known setback and yet one of the biggest is stereotyping. Hidden in jokes, twitter trends and tribal humour, stereotyping is everywhere in the country yet less realized as a problem.

The most recent case of stereotyping was attacking Kikuyu women following the brutal murder of billionaire Tob Cohen. The late billionaire’s wife is the top suspect in the case and this has drawn Kenyans’ interest.

Just because the suspect is a Kikuyu woman, ladies from central Kenya became subject to social media trolls. Soon after Sarah Wairimu was identified as a suspect, Kenyans on social media almost immediately branded all Kikuyu women murderers.

It was all over the media. Radio talk-shows, TV shows, Social media trends. It was all said as a joke, and everyone laughed about it. It is always humorous until you are the one being attacked.

Are Kikuyu women murderers? I don’t think so. Is Sarah Wairimu guilty of the murder? That’s what the Directorate of Criminal Investigation is trying to find out. Kenyans, however, have concluded that she is the murderer; and it’s because she is a Kikuyu.

Everyone understands these jokes and everyone has heard them before but it is always funnier anytime you hear one. These jokes are always about the same thing, the same stereotype.

Kambas are trolled because of inadequate water in their land, Luhyas are trolled as talented eaters, Luos about flossing. It is always the same thing over and over.

The jokes are always fun but they have been told so recurrently that they have created constant stereotypes. Anytime someone leans of your tribe, there is always that joke about a stereotype he’s heard. ‘So you are a Luhya, I guess we’ll have to cook more food now’: ‘So you are a Kamba, come witness the magic of running tap water, I know you’ve never seen that’.

Another fast developing stereotype is one according to names. There have also been stereotypes about shoes, that if someone puts on Timberlands then he’s more likely to be a thug.

However, the shoe stereotype was just seasonal. There was this wave of jokes that if someone puts on this type of shoes, they are probably this type of person. It came and passed anyway.

The name stereotype is catching up fast. You’ve heard of people’s characters being judged because of their first names. For instance, if you dating a Kevin or a Brian increases your chance of being heartbroken.

A lady can look away from an opportunity of finding a really good man just because the guy’s name is Brian. It applies in both genders. Women called Mercy and Sharon have also been stereotyped to being unfaithful.

This has been the talk of the town for so long that it becomes the truth. A little life experience will make someone believe that being faithful or unfaithful in a relationship is dependable on your name. It is only but a stereotype, getting cheated on by a Mercy or a Brian is not a guarantee that the behaviour is tied to the name.

There are many stereotypes in Kenya and is one of the nation’s biggest problems. People judge others before they even get a chance to hear them speak. Judging people because they’re from a certain tribe, prefers a specific fashion, or because of their name has made many people lose great opportunities.

It is always funny until you are directly affected by it. 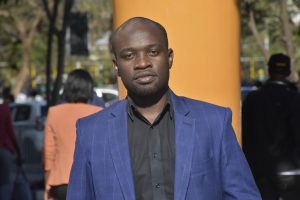 How Sh15,000 Crisis Gave Birth to Online Auctioning Firm
A year after quitting employment from Homeboyz Entertainment Group to…