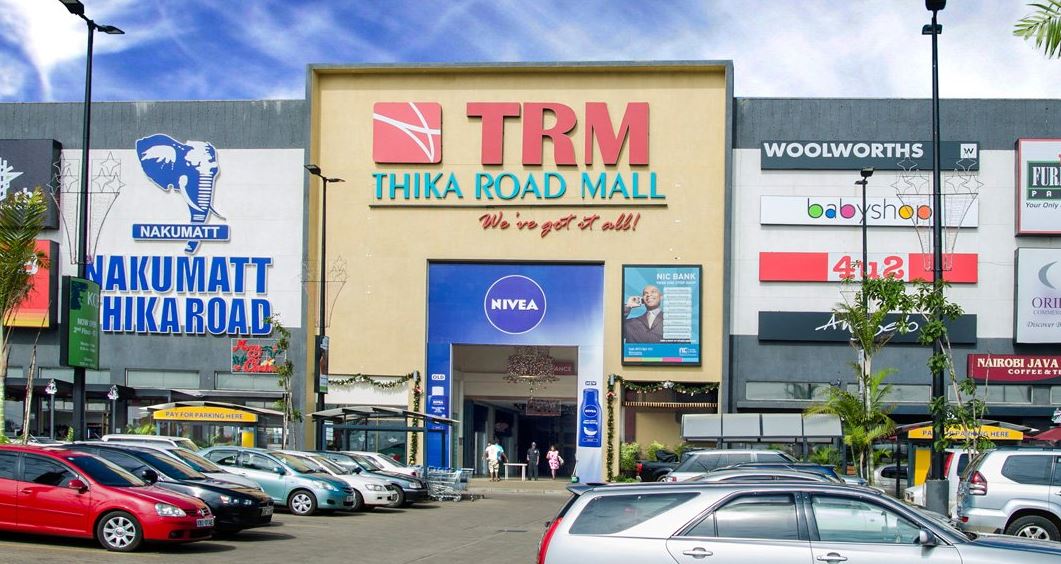 In a notice, the retailer advised its customers to shop at the nearby Garden City Mall branch as well as its other outlets at The Hub and Two Rivers, which were opened last month.

Here is the notice to customers. 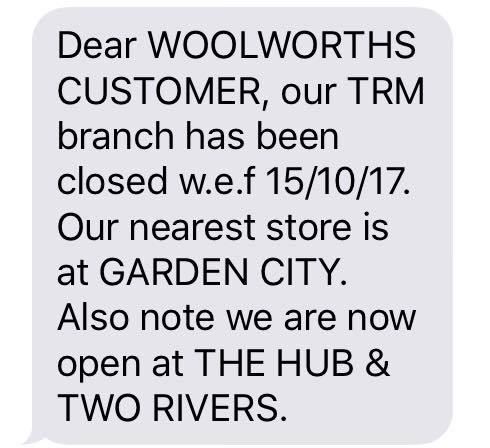 According to insiders, the TRM branch has been doing badly in terms of sales, especially after the opening of the nearby Garden City Mall.

Woolworths becomes the latest retailer to feel the impact of a depressed economy, which has already jolted supermarket chain, Nakumatt.

On Wednesday, Naivas also confirmed it had closed two branches in Githunguri and Old Ronald Ngala Road due to lack of business and cannibalisation respectively. The former was merged with the New Old Ngala Road branch with the retailer opening a new branch in Utawala to compensate for the loss of the Githunguri one.

Woolworths entered the local market early this year after buying out Deacons Kenya’s 49% stake in a joint venture they had entered in 2012 at an estimated Ksh 400 million.

Initially, Deacons had sold a 51% stake to Woolworths valued at Ksh 405.8 million. Since then, Woolworths has opened several branches in the country, including Nyali Mall in Mombasa and West End Mall in Kisumu.

In Nairobi, other branches are located at The Sarit Centre, Yaya Centre, Village Market, Galleria Shopping Mall and Junction Mall.

Business at TRM has gone down in recent weeks following the eviction of Nakumatt Supermarkets, the main tenant, over rent arrears totalling Ksh 51.9 million. Its space has already been taken up by French multinational retail chain, Carrefour.

The High Court on Wednesday also allowed the owners of the Junction Mall to evict Nakumatt, which recently entered into negotiations with Tuskys for a possible management takeover.