The Nairobi High Court was shocked on Wednesday when the witness of controversial city lawyer Guy Spencer Elms accused of forging a will to acquire prime land in the city’s Karen area confirmed that Spencer was indeed the author of the disputed document.

Advocate Ann Mwalulu, a partner at Archer & Wilcock Advocates, made the revelations in court after being pressed by the respondent’s lawyer, Mike Osundwa. She said by the time the will was drawn she was no longer working at the law firm.

“I vividly recalled that in early 2005, Guy sent a driver to pick the disputed will from our law firm,” said Mr Mwalulu.

She said they were never given instructions by the late Roger Brian to release the file and was not aware the estate was to be distributed.

The will is at the core of a land parcel that has been entangled in ownership dispute with Mr Spencer claiming he took charge of the property following the d***h of Mr Roger Byran Robson.

He argues the land and its title instruments were passed to him by Robson in a will dated March 24, 1997.

Robson, who d**d on August 8, 2012, is alleged to have authorised the sale of property and directed that the proceeds be used to support needy children and in environmental conservation. Spencer wants the court to declare him the rightful owner of the land. 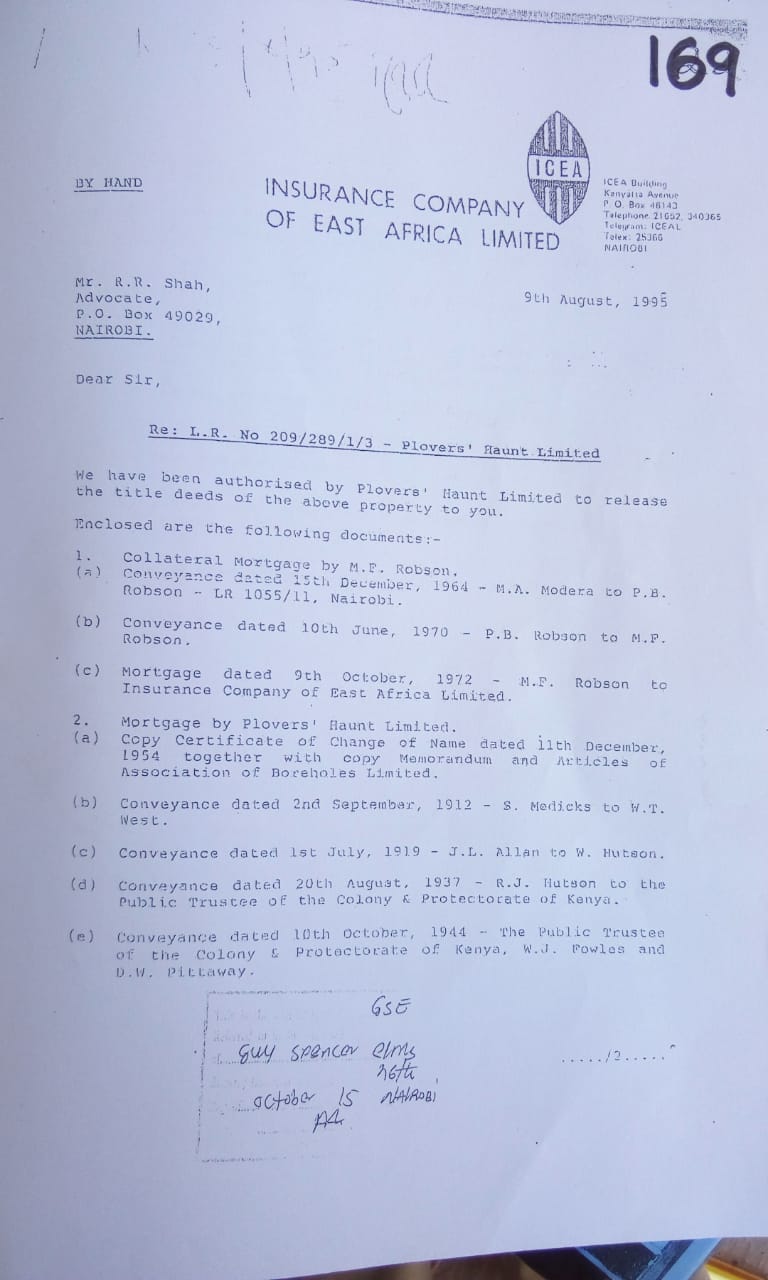 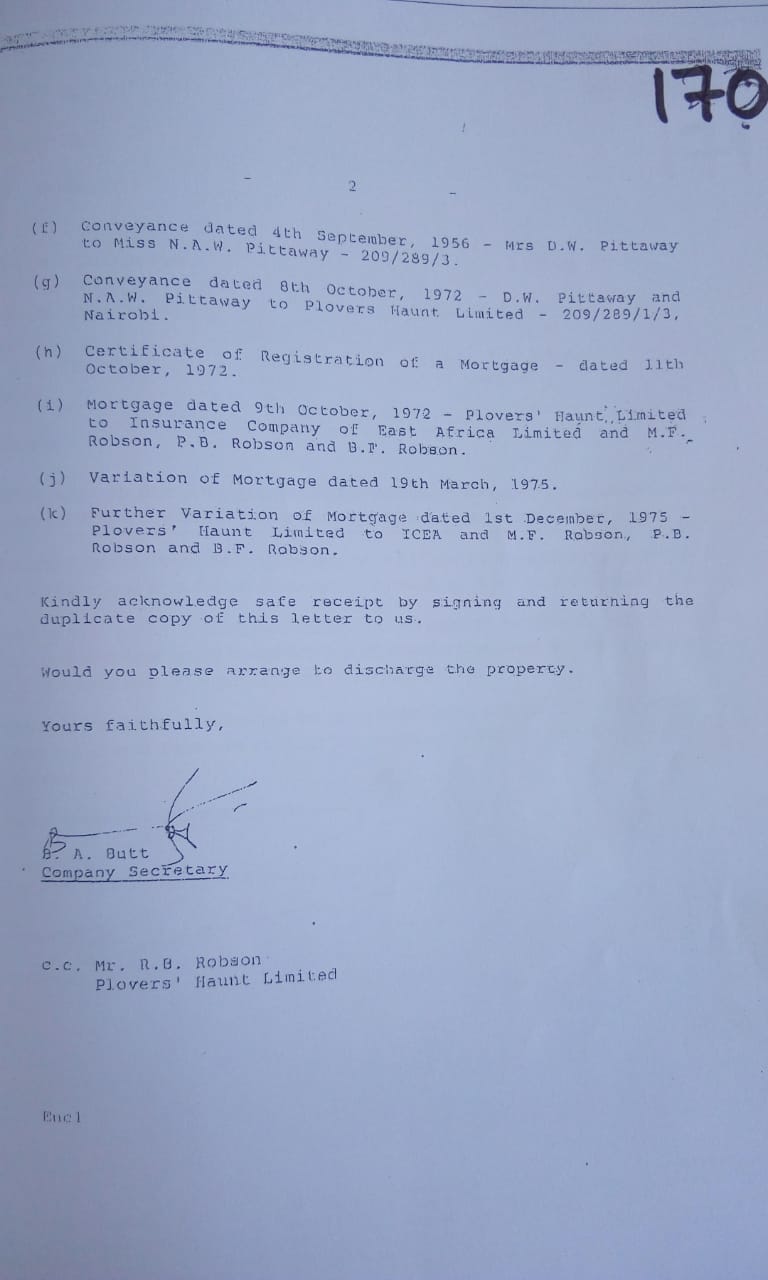 But it has emerged that the lawyer may have forged documents, including the will, to claim ownership. Guy Spencer was charged with several counts of f*****y after he lost a bid to stop his p*********n at the high court. He is accused of forging Mr Roger Robson will who d**d in 2012.

Another witness, Ma Khan of M.A. Khan Advocates, told the court that he issued the document to the deceased contrary to Spencer’s a*********s that the said documents were held by the bank. 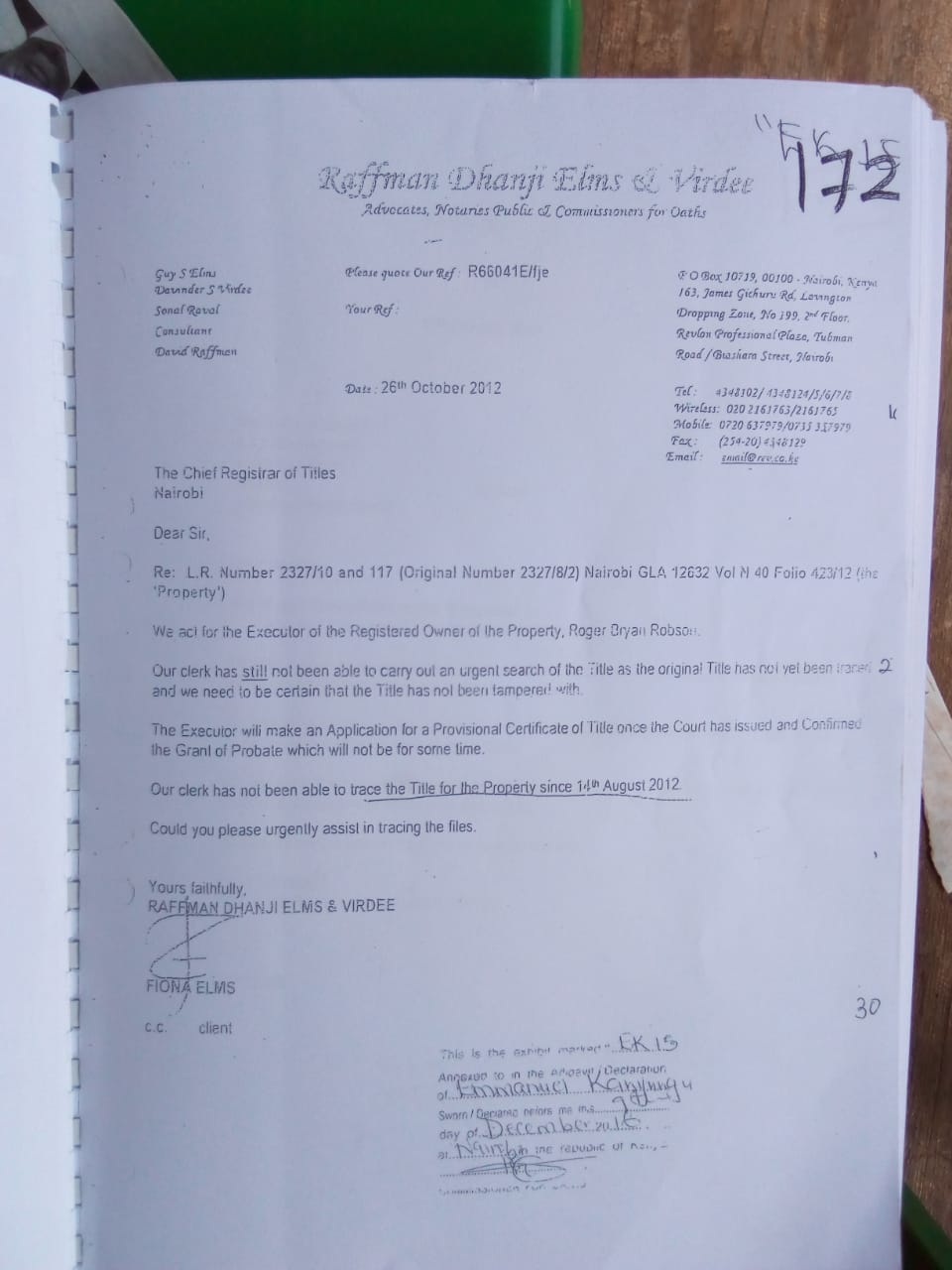 According to the statements recorded by the police, he said he retrieved them from the deceased cabinet in the house, including original title from the locker.

On further reexamination by Spencer’s lawyer, Khan confirmed a mortgage cannot substitute a title as earlier alleged by Spencer. The c*********r to preserve the estates was issued to Plover Haunts Limited.

Ma also confirmed releasing documents to the deceased as earlier alleged, which are held by Habib Bank.