As Interior Cabinet Secretary Fred Matiang’i flagged off the Kenya Prisons Men’s volleyball team ahead of the Africa Club Championships in Egypt, the main worry was for a repeat of what happened to the ladies team at Cairo, Egypt.

The CS, however, assured the team that everything was organised well and the ball was in their court to bring back medals to the country. The women’s team had travelled to Egypt for the continental tournament but were forced to return back to the country after it was reported that they faced eviction from their hotel in Cairo, after failing to pay hotel bills.

Speaking at the flagging off event at the Kenya Prisons headquarters in Upper Hill, Dr Matiang’i condemned the organisers of the women prisons team’s trip to North Africa for poor preparation.

“I was angry when I the PS (PS, State department for correctional services, Mrs Zeinab Hussein) called me to tell me that the women’s prisons team was stranded in Cairo because of less money than we make in a day in all Prison Service endeavours,” Mr Matiang’i lamented.

He went on to promise the prisons service of a huge lump sum of money in support of their sports teams as he pledged to give them a cheque of an amount of money they have never seen since independence. He talked of plans to build a Prisons sports complex for the sake of the sportsmen and women working with the correctional service as well as annual welfare to raise money for sports.

“Starting this year, we will be having an annual welfare day where we will set apart a whole day for contributing money for sports,” Dr Matiang’i concluded.

The men’s team, on the other hand, promised to bring back medals saying their main aim is getting to the semi-finals. The team has had a successful two-month long training at the Moi International Sports Centre, Kasarani ahead of their tournament campaign.

“Our main challenge previously was getting an opportunity to train at Kasarani but now that we have had two months there and we feel positive about the Championships. We have also had friendlies with a few local teams, we could not get North African teams for friendlies but all is well ahead of the tournament,” team captain, Ibrahim Oduor commented moments after the CS flagged the team off.

David Lung’aho, the team’s new coach, said he has brought in scientific training to the team and confirmed that the team is more than ready for the challenge. Lung’aho has previously coached the ladies team. 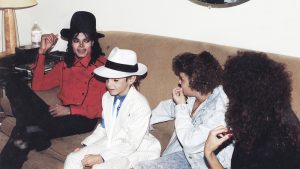