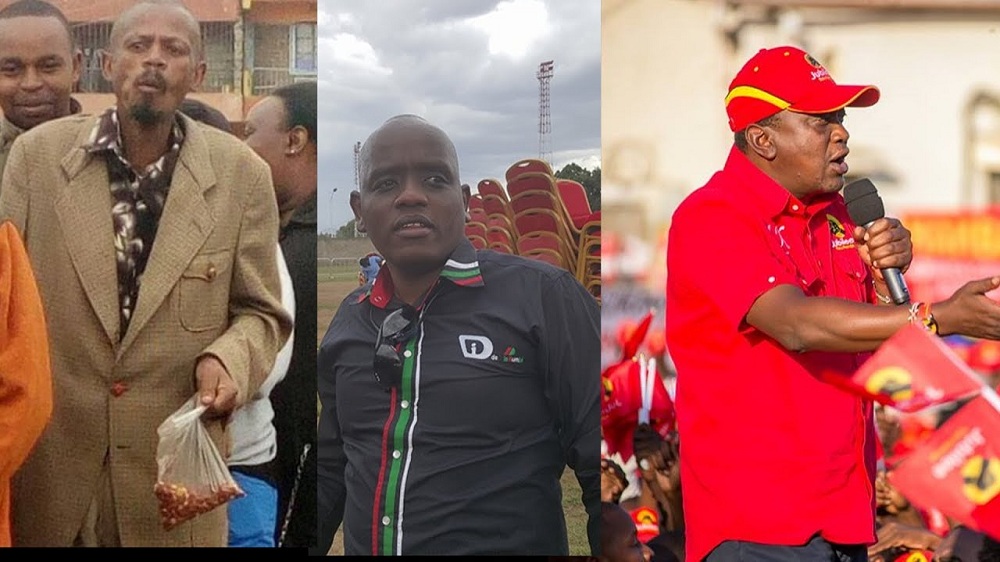 President Uhuru Kenyatta’s choices for national honours during this year’s Jamhuri Day celebrations have caused an uproar with many Kenyans saying most of them do not deserve the recognition. Among those in the cross-hairs of critics are lethal blogger Robert Alai, Citizen TV journalist Jackie Maribe, televangelist Teresia Wairimu, Musician Ben Githae and Martin Kamotho, who gained international publicity after he was photographed eating githeri (boiled maize and beans) while queuing to vote on August 8.

Mr Kimotho earned the nickname Githeriman amid a flurry of internet memes, with many claiming they were honoured for the support for the Jubilee administration. “I would like to see undeserving recipients of Kenya’s national awards s******d of the honours and badges. Only true heroes and h******s who’ve earned them should carry that mark of respect,” sports journalist Saddique Shaban tweeted.

READ ALSO: Jailed for life: Headmistress opens up about k*****g her husband

“This list contains people who have been rewarded for being operatives, bloggers, publicists and amplifiers of the Jubilee Party agenda. Nothing national about their achievements or contribution to improving quality of lives of Kenyans,” he added.

According to Shaban and other critics, some of those who deserved to be honoured on Jamhuri Day include Joycelyne Jepkosgey, who broke six world records in a record six months, KBC journalist Victor Muyaka who rescued a disabled man from harm after bees attacked people gathered outside the Supreme Court in Nairobi during the hearing of a presidential petition and the doctors who made history by separating conjoined twins at the Kenyatta National Hospital.

Kenya Union of Journalists (KUJ) Secretary General Eric Oduor also joined the fray, saying there is no set criteria to determine how journalists should be recognised by the State.

“As the co-chair of Kenya media sector working group I’m not aware of any process to recognise a colleague for her/his contributions to the respect or recognition of the industry. The rest is f***d that shall be revisited. However, I am aware of journalists who have won both local and international awards. God bless Kenyan media,” Oduor wrote on his Facebook account.

“To the most deserving individuals who missed out on the earthly HSC commendations. The KNH doctors who separated conjoined twins, soldiers who lost their lives or survived the El Adde a****k, journalist who risked his life to carry a disabled man on his back from a swam of stinging bees thereby saving his life, the young girl from Moi girls’ school who d**d while rescuing her colleagues from burning hostel, the young  from Korogocho slums who collects vegetables in markets to cook free meals for school going homeless kids and many more. Don’t worry, you already earned a Commendation from God. Heaven never forgets acts of good works (Matthew 25:21). Tenda wema, nenda zako. Malipo ni Kwa Mungu. The world is known to reward pettiness and mediocrity,” Obed Nyambega wrore in response.

“Githeri man has received a Head of State Commendation while there’s a guy using his own money to water dried up wells in the Masai Mara for animals to drink.  How do they award these things???” @kevin_Wachira also posed on Twitter.

“On 12th December 2018, we should honour deserving Kenyans who are always ignored by the National Honours Advisory Committee because they don’t know the right people or don’t have the right last names. Please RT if you would like to support or get involved,” NTV anchor Larry Madowo opined.

While the government previously had leeway to determine who should be honoured by the State on Jamhuri Day the advice of the National Honours and Awards Committee in the President’s office, the  Kenya Heroes Act 2014 provides a 13-member council that sets the criteria for the identification, selection and honouring of national heroes. The council is also empowered to provide for the categories of heroes.